Down a narrow, hedgerow-lined lane and really off the beaten track between Looe and Polperro you can find one of the jewels in Cornwall’s crown – Talland Bay Hotel.  The hotel perches high above Talland Bay, a rugged and almost deserted, rocky cove.

The day we arrived, the sun was shining, the sky was cloudless and blue and the sea was glinting beautifully in the sunshine.  The whole thing was pretty as a picture. We really could have been on holidays in The Med except everything about the scene was quintessentially English.

Verdant, springs to mind. The rolling lawns a lush green and the flowers and shrubs a rainbow of colours, this was an English garden at its very best. With little curios and humorous surprises hiding around every corner, the gardens of Talland Bay Hotel are all about fun. We lay and read on the plentiful sunbeds and had a couple of al fresco beers wishing we were staying longer. 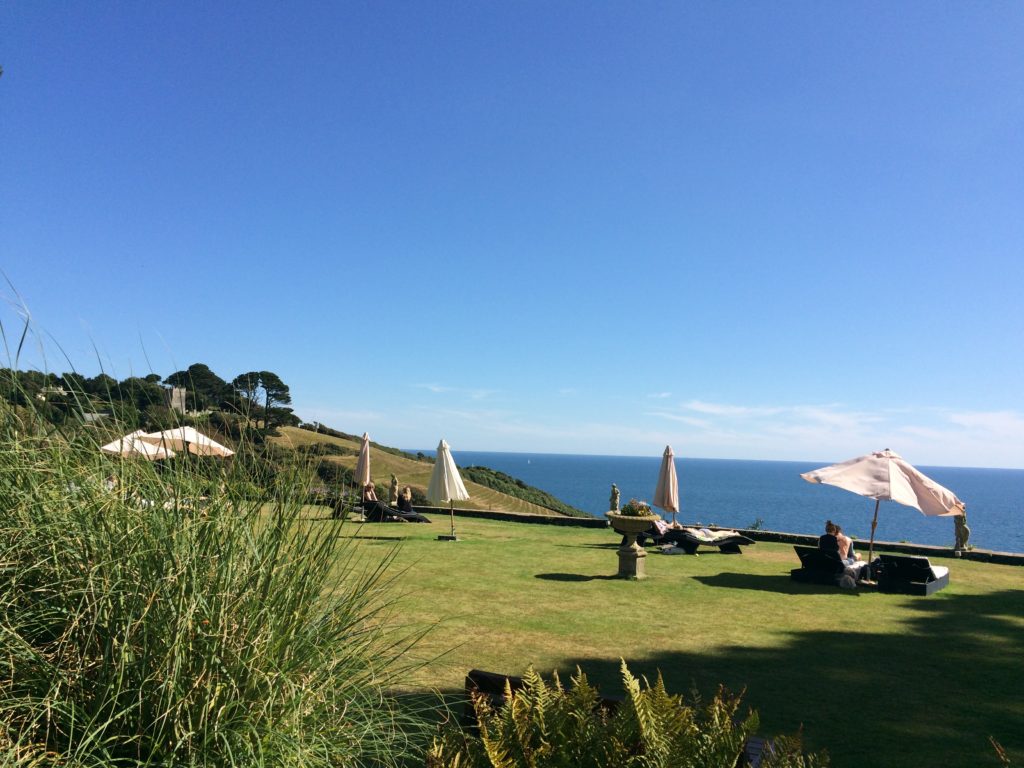 When the weather’s this good a staycation seems very appealing. The warmth, the food, the views, the sea – all the benefits of a sunny holiday abroad without the Euros, Dollars or whatever. No hanging around in airport security, no sunbed wars, no awful all-inclusive dinner buffets. Cornwall has its own micro-climate apparently and you don’t need to remember your passport either. Yet. 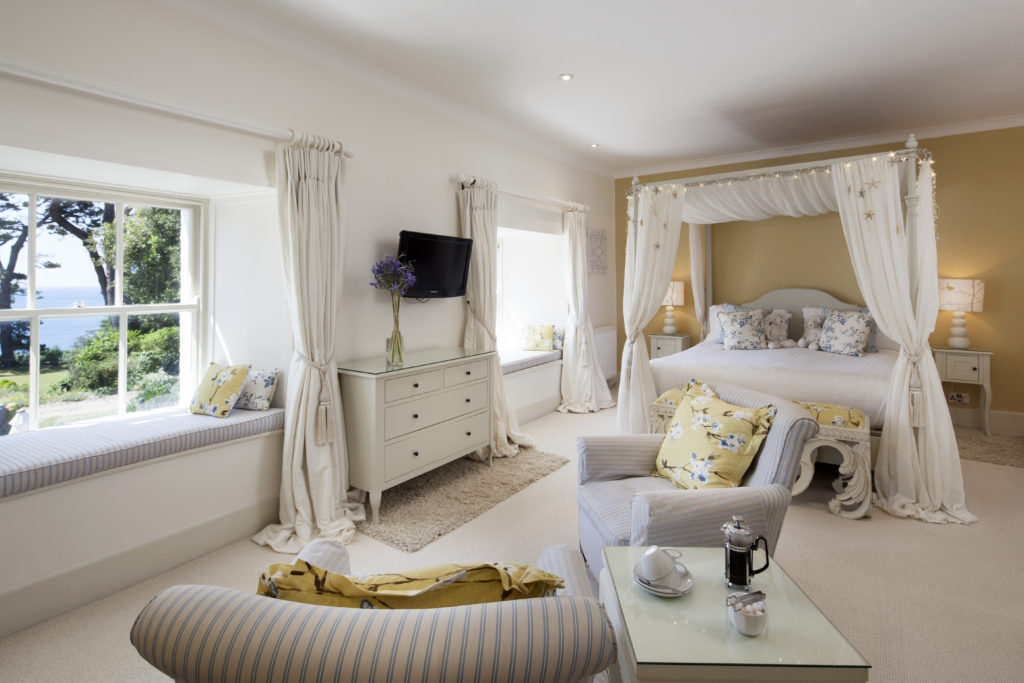 We had a Superior Sea-View Room with a view to die for. (Room 29 if you’re planning on going!) Everything about the room was light and contemporary and our bed was massive. Emperor size apparently, so no chance of bumping into Mr 50 Plus for a cwtch in the middle of the night as I couldn’t reach him! I was well impressed with the four page Gin Menu, and the canapés served in the bar before our meal were a lovely surprise. We ate in The Terrace Restaurant where the menu, though small, offered more than enough choice. 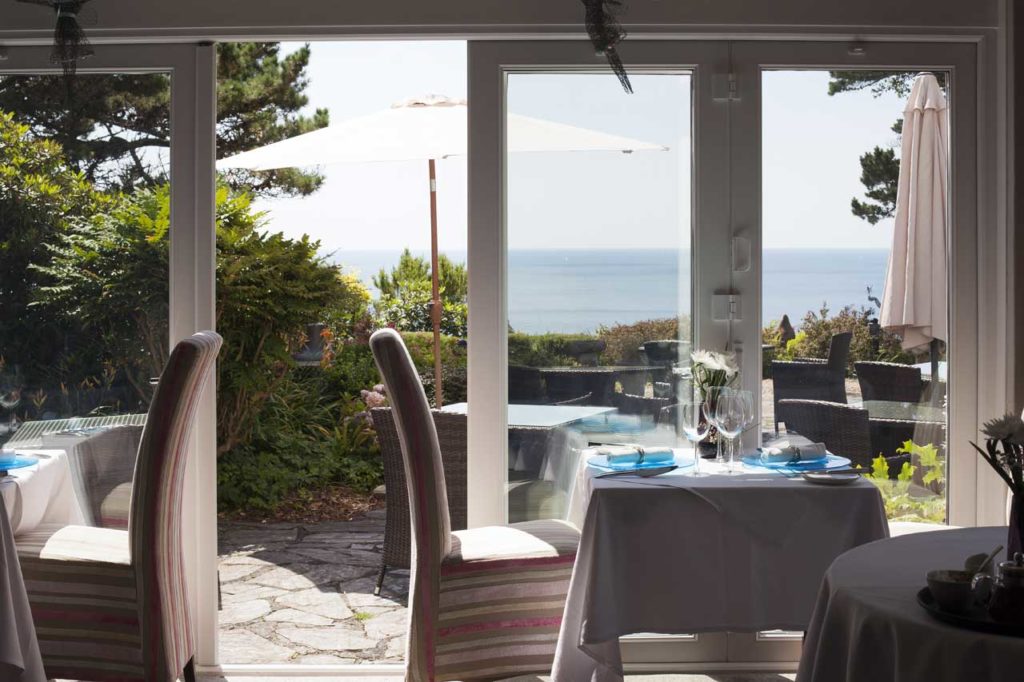 My chocolate soufflé was perfect, the best I’ve ever had in fact. The turbot was moist and tender and couldn’t have been better. The staff were friendly and not all overbearing and stuffy like in so many other excellent restaurants. Quite often the staff can spoil an ambience completely with their constant hovering and sycophancy but not so at Talland Bay Hotel. 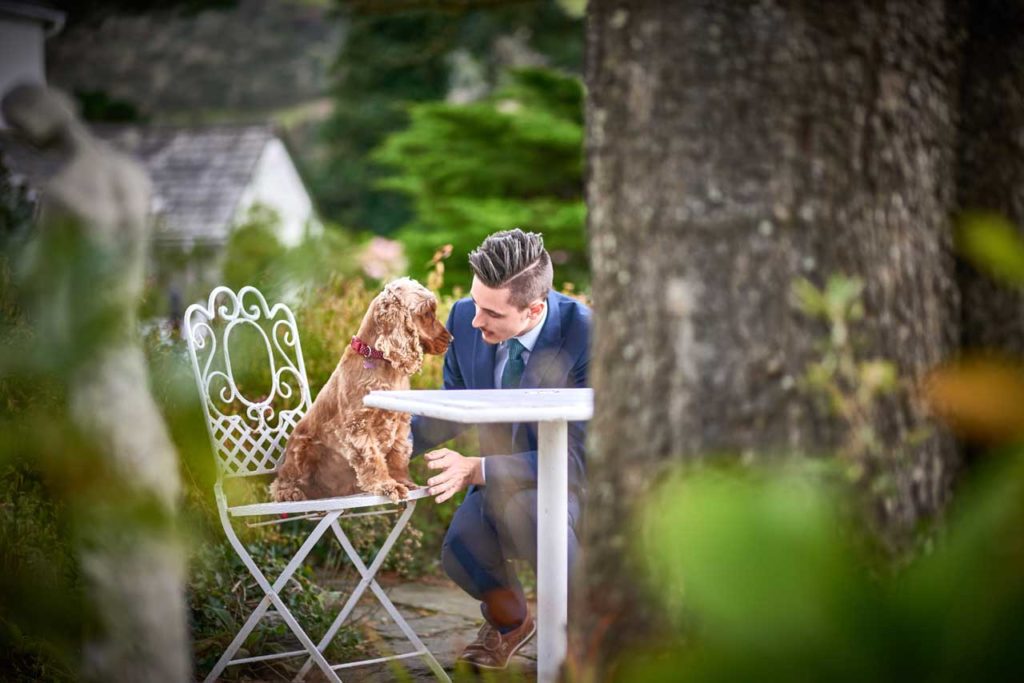 We loved our brief stay at Talland Bay – a real luxury hotel with great food, amazing views and everything you need in a break. My only gripe, if I had one, would be the cost.  Not cheap, but hey I’d rather have a couple of nights in a place like this, than a week in your average seaside hotel! And if you’re a dog-lover then you’ll adore Talland Bay Hotel as it’s a bona fide dog-friendly hotel!

Boasting a captivating cliff-top setting at Porthallow between Looe and Polperro in south east Cornwall, the Talland Bay Hotel is just yards from the South West Coast Path and Talland Bay beach. The 23-room boutique property offers a range of sea view and classic rooms as well as garden suites.  The Talland Bay Hotel was crowned ‘Best Restaurant in the South West’ at the Taste of the West Champions Awards 2017, as well as being awarded Four Stars and Two Rosettes by the AA. Rooms cost from £160 per night on a bed and breakfast basis. www.tallandbayhotel.co.uk 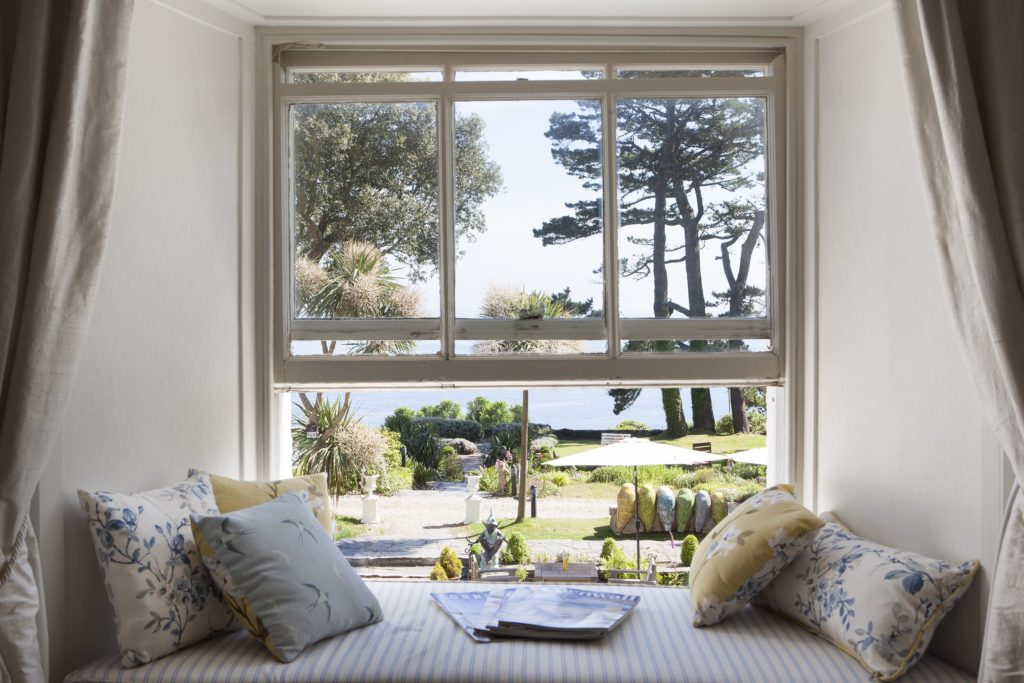 Read about our stay in a luxury hotel in Cape Cod here.  Talland Bay really reminded me of this place! What do you think?

Price - a tad on the pricey side but worth every penny