The first rock concert I ever went to, I was appearing in it.

Stan Arnold ruminates on how he ended up in Lanzarote  and, without realising it, wrote six funny novels

How do you get to become a writer? I don’t know. You hear writers saying they started with home newspapers and plays when they were eight and it just went on from there. Must be fantastic to know what you want to do that early in life.

I started earning my living from writing at the age of 27 and I’m still writing for a living now when I’m old enough to qualify to jot down these notes for this wonderful new website.

I didn’t know I was a writer when I was 27. With the aid of Walker’s Rhyming Dictionary and a reasonably priced guitar, I spent two years cobbling together and performing funny topical songs for Start the Week on Radio 4 plus the odd appearance on TV’s Braden’s Week. 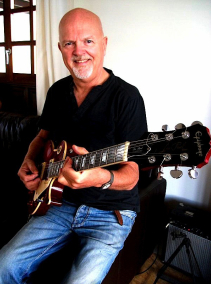 It was all a bit sudden, as, having finished my physics degree, I was selling advertising space for Drapery and Fashion Weekly. I felt I needed some real experience – tread the boards, pay my dues.

So I placed an ad in the English Folk Dance and Society’ Handbook – Funny TV and Radio Performer for your folk club – £5 an hour.

Eight years later, I’d done 1200 live gigs – at larger fees I must admit – I’d written two hours of songs and stand-up and then, as the obscure headlines says, I got into the rock business, when supporting Wreckless Eric on the Stiff tour. I discovered I could make rock audiences laugh!

I formed a rock band – The Stan Arnold Combo. We played mainly the university circuit and toured Germany and Holland. I continued making up songs and funny stories for the Combo and we were just doing our first few TV appearances, when divorce struck. I had two young children and wanted to stay near them instead of touring. The drummer in the band was a copywriter and suggested I gave that a go.

He gave me the most amazing advice. Print your CV on an A4 sheet and laminate it. So when it arrives at the advertising agency, they can’t bin it. It flips back out of the bin, so to get rid of it, they stick it on the wall. It worked – so it was goodbye to the tinsel and glitter of showbiz. Armed with a new electric typewriter and a copy of The Synonym Finder by JI Rodale, I became a copy and scriptwriter.

And so, dear reader, to 2010, my wife and I decided to go and live in Lanzarote. The island had just had broadband installed and I reckoned I could carry on copywriting from sunnier climes. And that’s all worked out brilliantly. 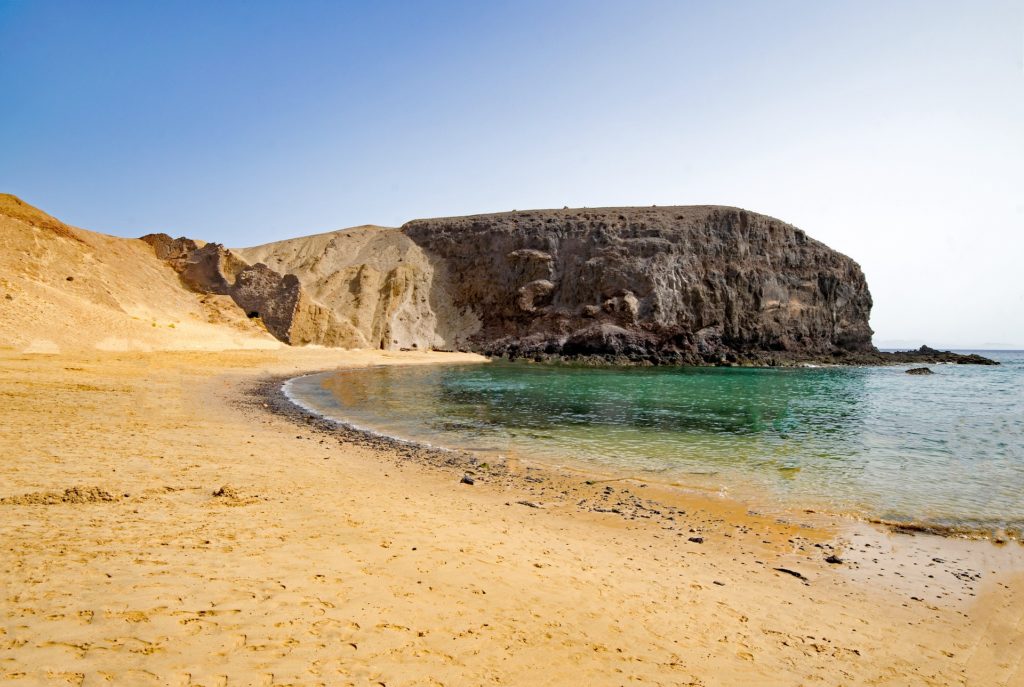 But I had an unusual problem. Sloshing about my brain was a repeating scene of two
drunken corporate video producers – where they came from, I have no idea. I could see them clearly – freshly divorced, sleeping in hammocks in their lino-floored attic office in Soho, surviving on Pot Noodles, with no work, no money and no idea. They were at the bottom of a barrel no-one wanted to scrape.

After a couple of months, I got fed up of these two characters getting in the way of launching new machines for Caterpillar or writing brochures explaining the crystallography of North Sea Oil drilling bits. Topics which, I’ve found, are a great ways to empty the kitchen at parties.

So, having finished a video script on Anti-bacterial solutions to Pseudomonas aeruginosa, I wrote these two poor sods down, and entombed them in 2randomdrunks.docx. Thankfully out of my head, for ever.

A month later, I accidentally opened the document and, against my better judgement, read the words. When I’d finished, and this was the fatal mistake, I thought – I wonder what happens next?

So I wrote a bit more, just to find out. Over the next six months I kept revisiting the boys as they fought to keep their desperately flared nostrils above water – or whatever unpleasant liquid they’d been dumped into. And I felt obliged to help them escape, before devising the next threat to their lives and reproductive organs.

Then it dawned on me – I was writing a book. Something I vowed I would never do. Writing a 3-minute funny song or a funny story is OK. If it doesn’t make live audiences laugh, you ditch it and produce something else.

But a funny book! Like Marty McFly and his dad in Back to the Future, I was terrified of failure. You spend six-months writing this hilarious novel, then someone reads it and says ‘I don’t think that was funny!’ Could I stand the rejection? Live audiences were instant market research. Funny song, laughter, cheers and you knew you were on a winner! And if they didn’t like it, I didn’t sob for long. 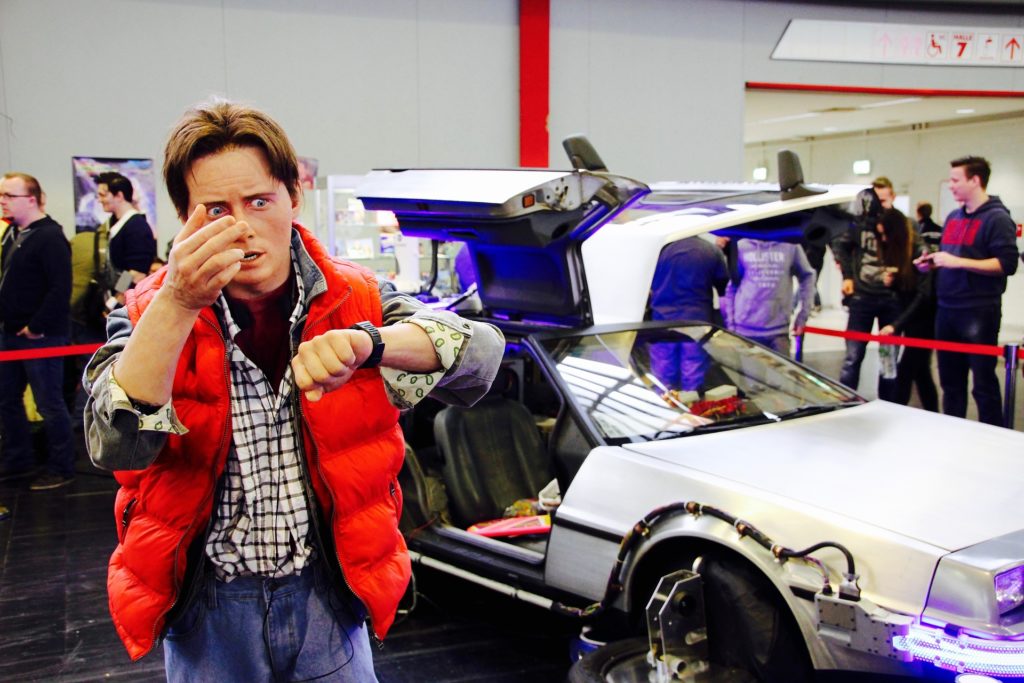 So, I set about convincing myself I was writing a book solely for my wife, Dee, and, suddenly, the fear disappeared, or at least hid round the corner.

Now, in 2018,  I’ve written six books forming The Implosion Saga. They’re all about the two main characters – Mick and Jim. I posted them on amazon.co.uk and .com and, to my surprise, without any promotion, I’ve had 60 five-star reviews.

So, I thought I’d start promoting them. The first book – They Win. You Lose. Sex, Violence & Songs from the Shows – is free, and the rest are around 99p. I’m just want to get as many people reading them as possible. The feature film, TV series and the award-winning At Home with Stan Arnold will come later. I think the Booker prize is pushing it a bit, still, the electronic voting machine could get struck by lightning, so there’s always hope. 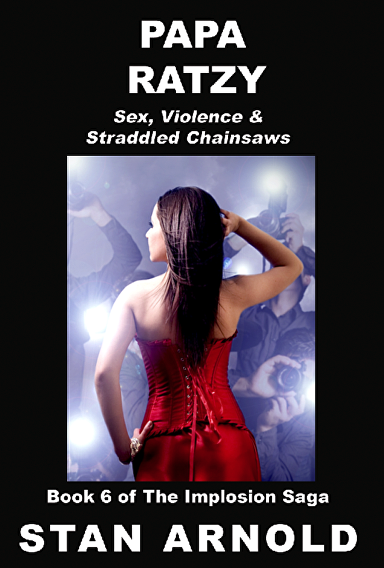 Ernest Hemingway said, ‘A man’s got to take a lot of punishment to write a really funny book.’ Well, Ern, I’ve written six and enjoyed every minute of it.

With my other hat on, I’ve just finished rewriting a 60,000-word book on the EU’s General Data Protection Regulations. After which, I and can honestly say that Mick and Jim’s pathetic, accident-prone inability to cope with pints of Chinese sherry, electronically undocumented coffee machines and an array of spectacular and heart-felt international death threats, has stopped me going insane, or, as some of my readers would say, less insane.

Now, about that idea for book 7…

They Win. You Lose. can be downloaded FREE from http://amzn.to/2ls3x9H 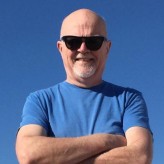 Stan's a professional copy, speech and scriptwriter, but for eight years he was a stand-up comedian writing all his own material. He also wrote funny talks for the BBC. For the last six years, He's been living in Lanzarote along with his wife, Dee, and cats, Bonzo, Jingle and Kati.