A couple of years ago we visited a little corner of Portugal to have an Indian-summer break away from it all and found the perfect retreat in Martinhal Quinta.

Why, when a plane is parked at the far western extreme of the airport, does the bus have to take you via the most easterly point before dropping you at the terminal?  Everyone seemed to be muttering the same question as we all crammed sardine-like into the shuttle before being slowly broiled for the time it took to get to the terminal door via the longest and slowest route possible.  Fancy making a bus full of perspiring tourists sit on the tarmac and wait for a Boeing 737 to pass.  Where are their priorities? We all asked.

Faro airport never was ‘cutting-edge’ from our experience, but at least it always used to be reasonably efficient at getting you through from arrival to street.  Today was a hot day.  A sweaty, dusty, absolutely boiling day.  But we got there, and managed to pick up our hire car without too much hassle before hitting the road out to Quinta do Lago. 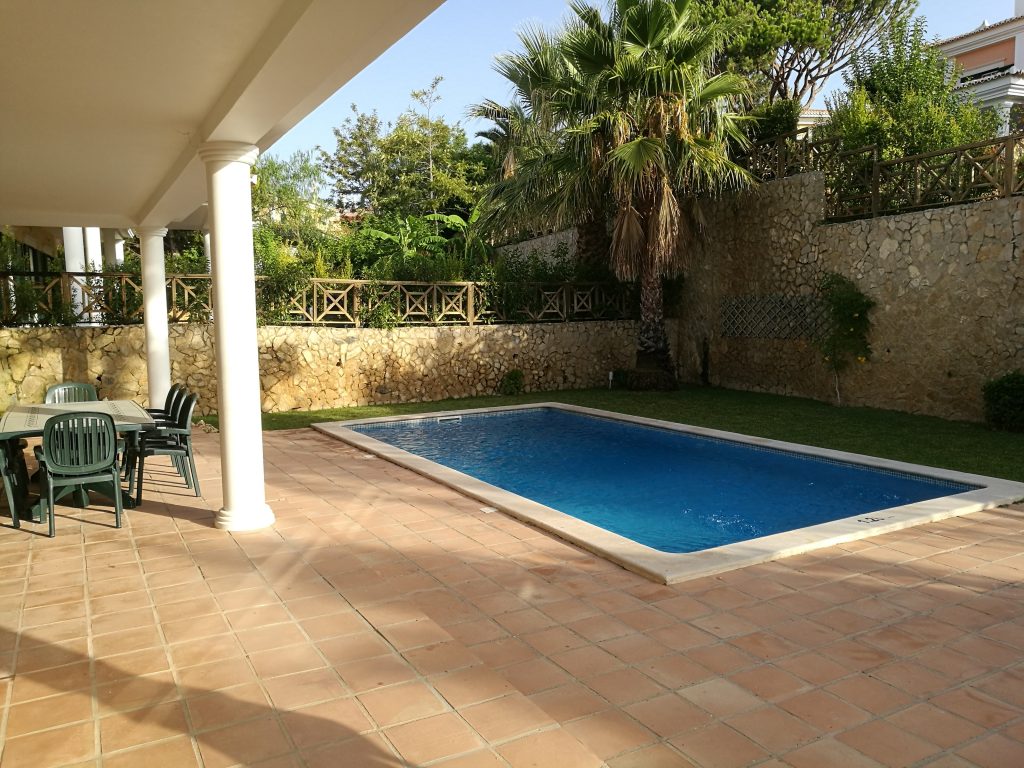 It’s not very far away from the airport really.  As the crow flies, it’s very close, but would involve a coastal swamp crossing complete with Mrs C and two suitcases – all a bit messy if you ask me.  Better to keep the passports dry and drive it instead.  Passing through Almancil on the way (an odd sort of town, as we discovered later in our stay) we passed through typical dusty Portuguese suburbs before passing through Stargate SG-1 and entering the region known as Quinta do Lago – a new(ish), obviously affluent, mildly pretentious and totally environmentally contrasted area developed adjacent to the Lagoon and Beach and nestled between two top-notch golf courses at the bottom of the hill.

We stopped at its own ‘Pingo Doce’ supermarket and pushed our way through the somewhat bewildered, wealthy tourists searching in vain for their taramasalata, guacamole and quinoa, in order for us to stock up on the essentials like a few packs of ‘Super Bock’ (look it up!) and Ruffles – oh, and of course some ‘real’ food to tide us over too.  The staff took an instant liking to our albeit slightly rusty attempts at conversational Portuguese and we were away in minutes to check out our Townhouse at Martinhal Quinta, just down the road. 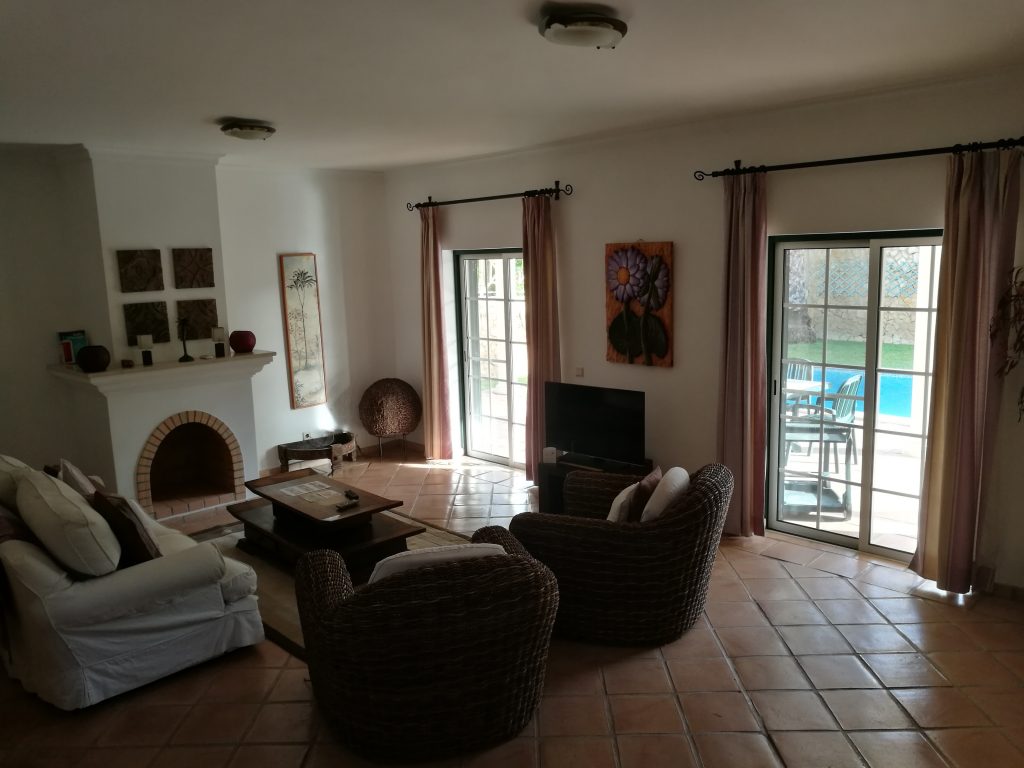 Did I Say Villa?

AREV, the receptionist at Martinhal Quinta – no, hang on, she wasn’t AREV,  her badge was pinned on upside-down – was lovely and had us checked-in in no time and we followed our special check-in escort round to our villa.  Did I say villa?  Not Townhouse? Eh? Nope, instead of giving us the keys to a townhouse, we were given a honking great 4-bed Villa, complete with lawned gardens, private pool, al-fresco dining facilities for 32 guests and a litre of long-life milk.  We were literally rattling around in this palace of a holiday home and felt so lost inside it initially that we had to go to the ‘M-Bar’ at the ‘Pool Hangout’ to try to find some friends to share the experience with and rehydrate.  Rehydrate is perhaps an inappropriate term.  Guzzle down a few of the coldest and most delicious beers in the world ever is probably a little closer to the mark.  The beers were successful, but we sort-of failed on the friends front as there was no one else there.  Never mind, we’re made of tough stuff and could weather the adjustment. 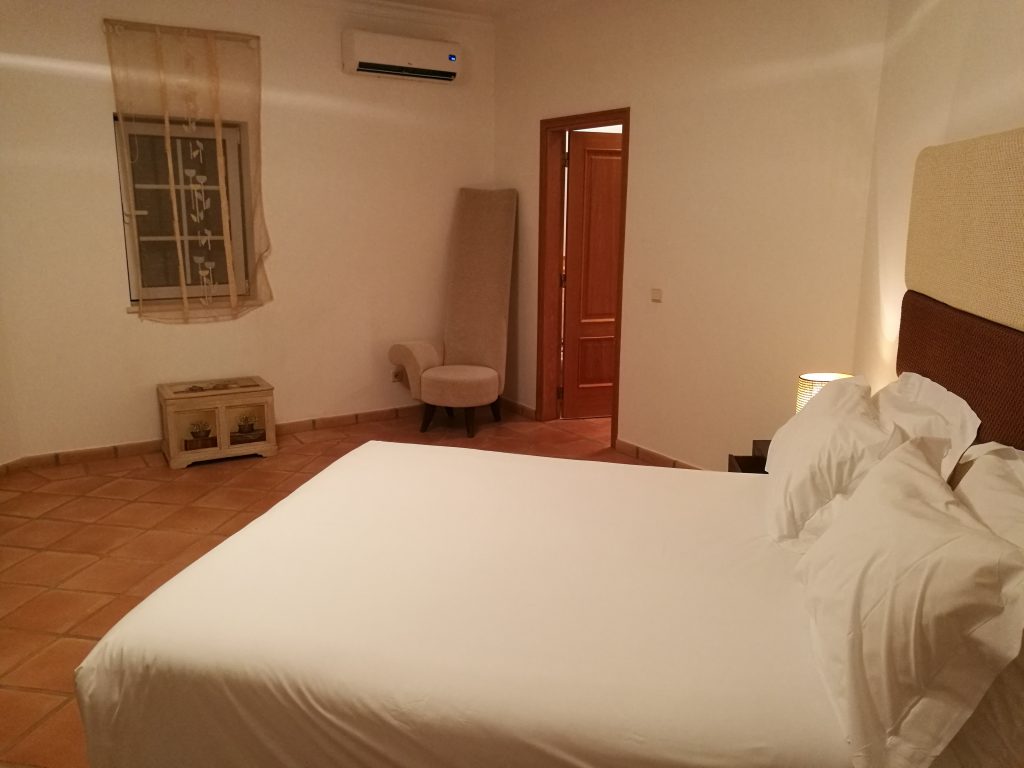 This Villa of ours was really good though.  Ignoring our evening escapades the day before we settled down nicely to kicking back at the (private) poolside and tearing through novels at a fair rate.  The buffet breakfast at O Terraco proved to be a hit too, with its limitless supplies of pancakes, pasteis de nata (custard tarts), traditional cooked breakfast and hot and cold running toddlers.  If only the parents could be like their little offspring though.  The world would be a much nicer place.  Instead there was a kind of subconscious ‘strutting of stuff’ going on, with the label-conscious Mums and Dads making sure their Bugaboos and Stokkes were on full display, creating trip hazards if necessary to hammer home a status symbol.

Getting Out and About

Am I beginning to sound a bit of a prize grump here?  I suppose I am, aren’t I.  It’s not malicious though.  Status shouldn’t come into a holiday.  Who cares what pram you drive or what motif is sewn onto little Tarquin’s lapel.  It really doesn’t matter to anyone, so ignoring the posturing, we decided that Martinhal Quinta is actually a very nice place to be.  It’s impeccably manicured, the staff are all very friendly and helpful and we happily chatted with quite a few of them during our stay.  It’s by no means a ‘happening’ place.  Very little happens (that we were aware of, anyway) in the evenings, so one evening we wandered a little further afield to a little place down at the lagoon called ‘The Shack’.  It’s not a restaurant, but rather a beach-bar sort of place which serves some delicious fresh snacky-type dishes in lovely surroundings.  It too had delicious beer, sunsets to die for and was packed to the rafters – unfortunately only with British people.  Aside from the staff we didn’t meet one non-Brit the whole evening, which I think takes a certain amount of its authenticity as a ‘local’ away. 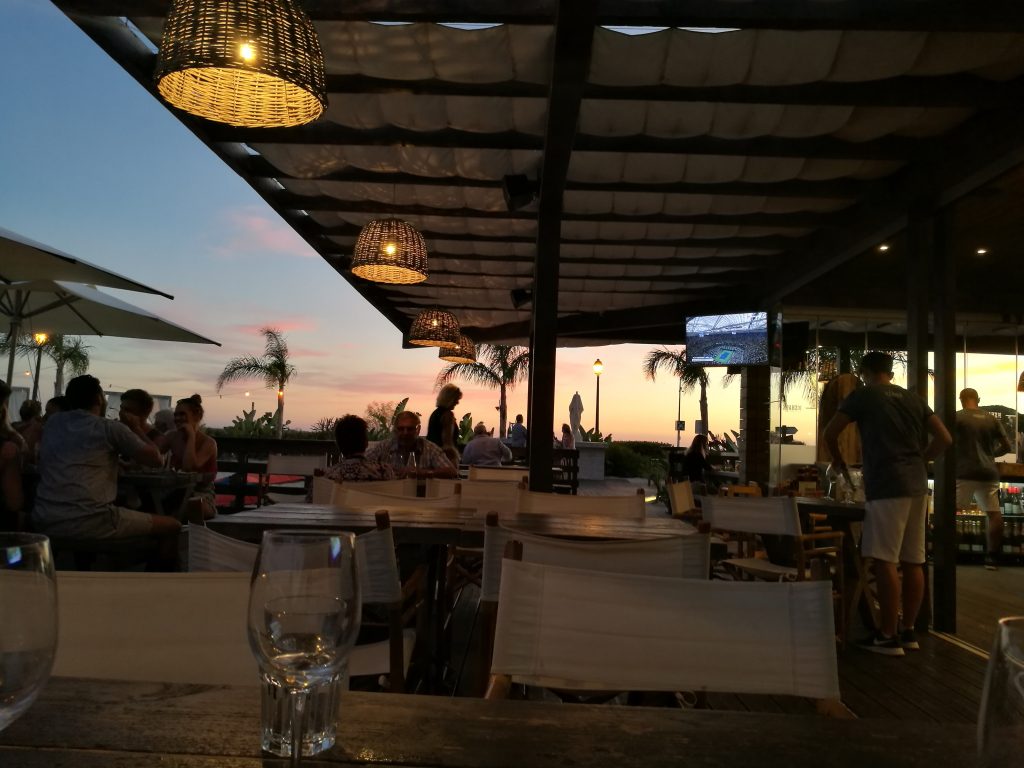 If you like fresh seafood, there’s the really nice ‘Gigi’s’ restaurant down at the beach.  It’s not cheap but the food is very good and it’s in a lovely setting on the beach side of the lagoon.  There’s also a restaurant we visited called Arco31, which was pleasant and served good Italian food, but we did find the atmosphere a little ‘sterile’.  We would perhaps have preferred a good old rustic, stone-ovened pizza house, given the choice.

Ultimately, this wasn’t an all-inclusive, fill your boots, dance till dawn whoop-fest type of a holiday.  It was a switch-off, away-from-it-all luxury retreat.  So we decided that the best solution was to retire back to our absolutely lovely villa and soak up the sun, cook and eat nice food and generally forget the world – which you really can do at Martinhal Quinta.  It’s pretty, it’s all very high quality, everything is professional and well-organised and the people who run it all are absolutely lovely.

We flew to Faro from Birmingham. Everything was easy, both going and returning. There was a delay of a couple of hours on our return though, but it was soon forgotten. 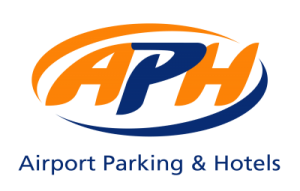 We parked our car at Birmingham using a parking package with APH, parking at one of Birmingham Airport’s on-site car parks, just a stone’s throw from the terminal.  Airport Parking and Hotels (APH) is an award winning airport parking operator and retailer, after winning the Best Airport Parking Company for a sixth year running at British Travel Awards 2015. This year APH also celebrates its 38th year as a retailer and operator of pre-booked airport parking and travel extras. APH offers parking at all major UK airports as well as airport hotels and airport lounges. As well as supporting the World Land Trust through the purchase of more than 1,000 acres of endangered rainforest, APH is also a proud corporate sponsor of the University of Southampton Centre for Cancer Immunology, where the world’s most eminent experts come together in the quest to find new and innovative treatments.