Below Susan Shumsky reveals the dark roots of Western meditation …

With the popularity of the Netflix series Wild Wild Country about the guru Rajneesh, and the fiftieth anniversary and reissue of the Beatles’ “White Album,” written under the influence of their guru Maharishi Mahesh Yogi, the yogis of India who brought meditation to the West in the 1960s are in the spotlight again.

My love affair with meditation began in the San Francisco Bay Area in 1966. That was the start for many baby boomers. Even if they didn’t participate directly, they were swept up in a spiritual revolution. For my story is the story of an entire generation of spiritual pioneers that changed the world. 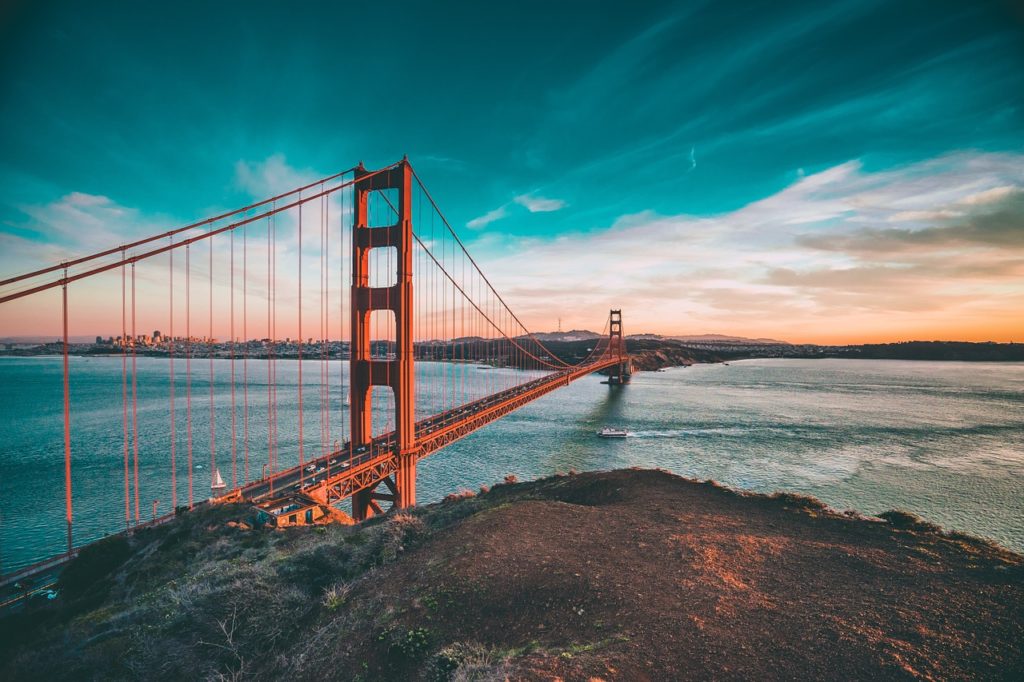 The perfect cliche´ of hippiedom—that was me in 1966. A “flower child,” I fully embraced the counterculture lifestyle. The hippie movement was our new religion, where we supposedly lived in peaceful communes, loved everyone, handed out flowers to strangers, experimented with all things forbidden, “did our own thing” (meaning whatever, whenever), and generally created an alternate universe in a parallel dimension.

We were all broken in some way, and like Humpty Dumpty, sought to put our shattered pieces back together. We bucked “the establishment” that betrayed us and “stuck it to the man” that churned out nine-to-five robots living plastic lives in cookie-cutter suburbs. What we sought was world peace and we abhorred violence, politics, and useless wars in overseas jungles. .

In 1967, kids came from all over America to join us. About 100,000 gathered in San Francisco’s Haight-Ashbury district. Dressed in outrageous costumes, they arrived in VW Bugs and buses painted with psychedelic neon designs. They crashed on the street, in hippie pads, or in Golden Gate Park. Everyone was talking love and peace and getting high. Many were runaways or tourists, but they found togetherness and utopia, even for just one “Summer of Love.” 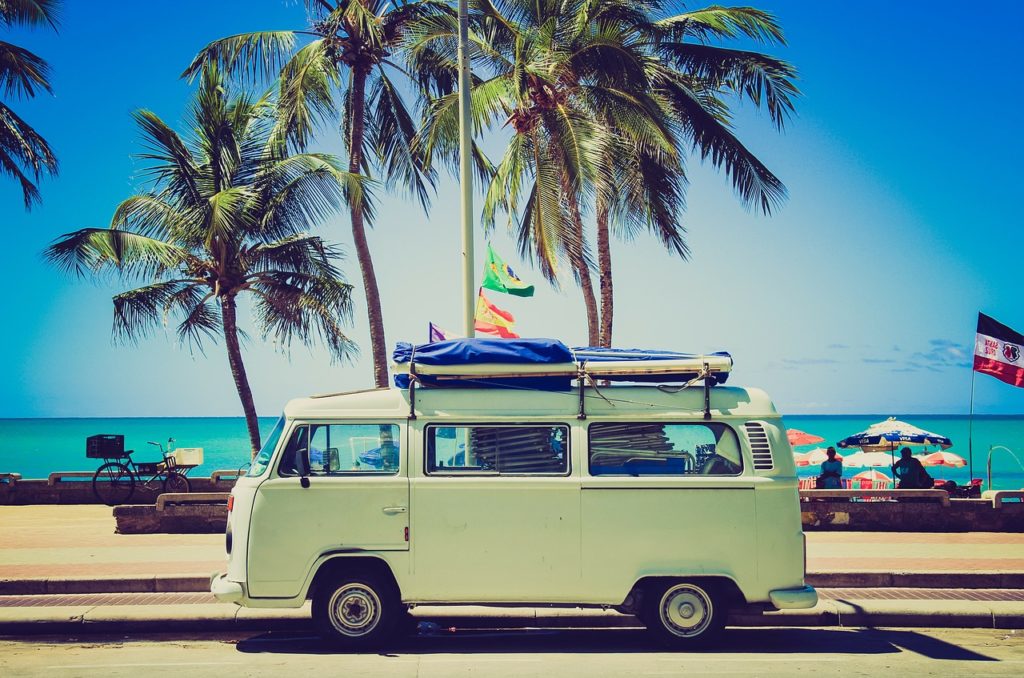 Harvard Psilocybin Project leaders Timothy Leary and Richard Alpert (a.k.a. Ram Dass) acted as official tour guides to altered states through LSD. But my personal goal was not about drugs. I was seeking nirvana—whatever I imagined that to be. I read every book I could lay hands on about higher states of consciousness. I tried to “turn on, tune in,” and achieve what Leary claimed to get with psychedelics.

But after a few horrifying trips down the rabbit hole with Owsley’s sugar cubes, I never came down from the drug and suffered a perpetual state of LSD flashback. Head-shrink Dr. Stein labeled my condition “full-blown psychotic episode,” complete with audible and visual hallucinations and, apparently, the requisite dose of Thorazine.

Still, I was desperate for nirvana and seeking a “meditation guide” to help me get there, as Alan Watts described in his books. But in 1966, good luck looking up “meditation,” or anything remotely similar in the Yellow Pages telephone directory! So when I asked a roommate how to find a meditation guide, he suggested that I try to meditate on my own. I was willing to give it a shot. 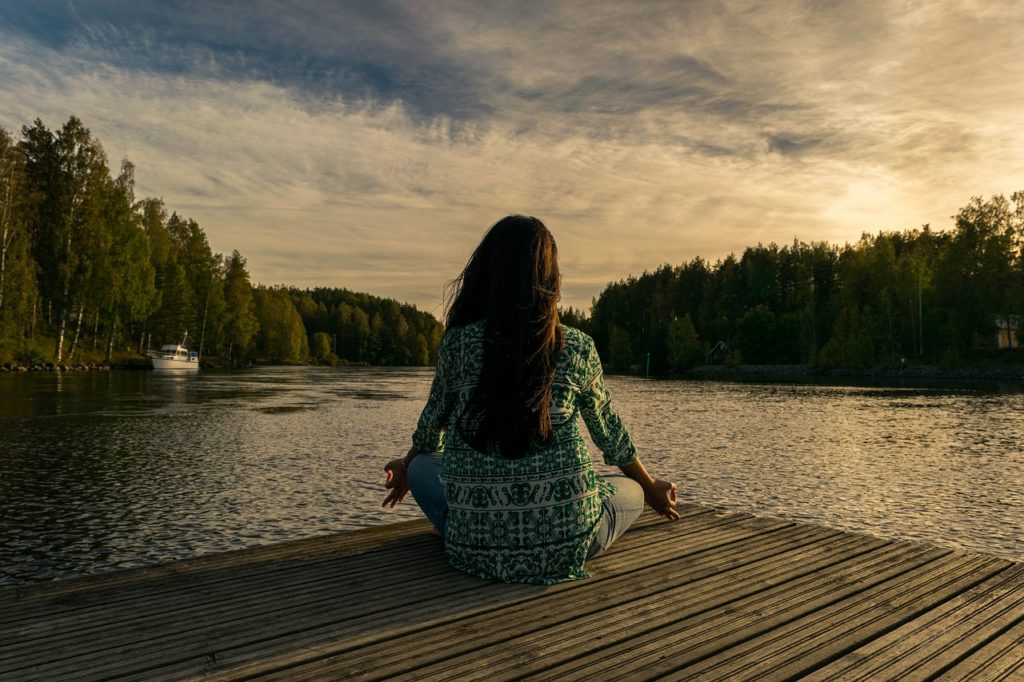 So I lay down on my bed (clearly, I didn’t even know I should pracice meditation in a seated position). I relaxed and sort of prayed for a meditation. Suddenly an electric shock jolted through me. A cord of energy rushed through the midline of my body, from my toes all the way up to the top of my head, moving in an endless stream. I felt plugged into the electric socket of the universe. Cosmic life force flowed through me in a most ecstatic way. Little did I know I’d just experienced my first meditation and kundalini awakening concurrently, without drugs. (Kundalini, considered difficult to attain, is a rare spiritual energy flowing upward through the body.)

Soon afterward, a friend took me to a meditation center in Berkeley, California. When I saw the photo of Maharishi Mahesh Yogi beaming from the wall, I knew this was where I would learn real meditation. So nine months later, in August 1967, during the Summer of Love, a meditation teacher finally came and I learned Transcendental Meditation (A.K.A. TM).
When Maharishi Mahesh Yogi first arrived on the shores of America in 1959, there was no “meditation,” no “yoga” and no “mantra.” These terms were non-existent in the West. It was a different world. Within ten years, “with a little help from his friends” the Beatles, Maharishi made these into household words. 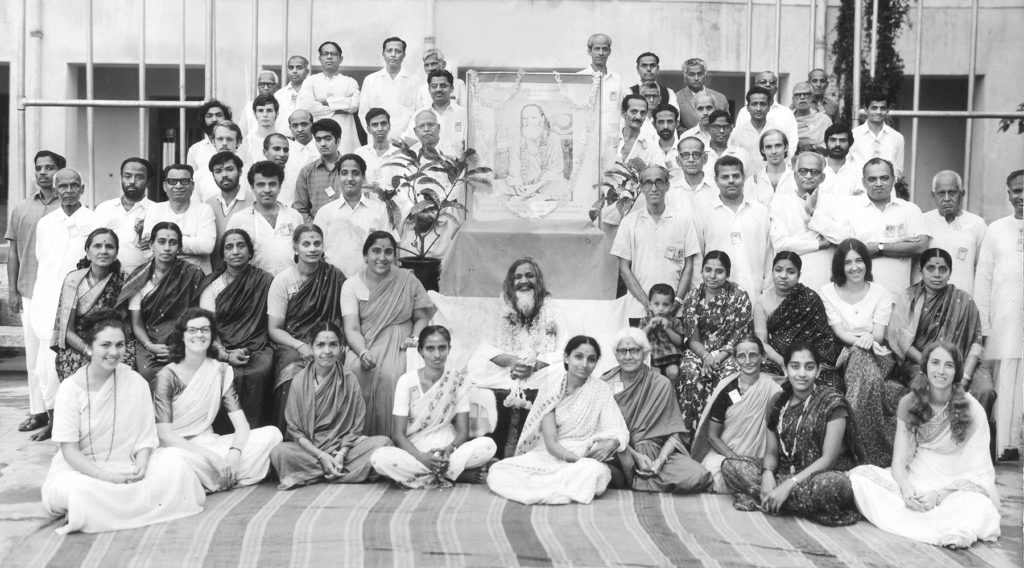 Despite the Beatles splitting with Maharishi during their visit at his ashram in India in 1968, Transcendental Meditation became hugely popular. Maharishi appeared regularly on The Tonight Show and Merv Griffin Show, and his photo graced the cover of every major magazine. He trained 40,000 teachers who taught 6,000,000 people to meditate.

Maharishi’s stated intention for his TM Movement was to create world peace through meditation. He often said, “For the forest to be green, every tree must be green. For the world to be at peace, every individual must be at peace.” His idea was to spread meditation everywhere. He believed that even if a small percentage of the population would meditate, world peace would be achieved.

A World at Peace

Though the roots of meditation in the West began with the darkness of psychedelic drugs like LSD, the popularity of meditation, yoga, and other spiritual practices has transformed the world. Compared to the bloodbath of the 20th century, people in this century are now enjoying a world at peace.

Why do I say that? Because the most violent wars in history occurred in the 20th century. During the First World War, 41,000,000 people died. In the Second World War, 70,000,000 died. In one day, on D-Day at Omaha Beach, the 2000 US soldiers who died are approximately the same number who died in all the years of the War in Afghanistan. More people died in World War II than in all wars since. If you adjust for population explosion, the downward trend in war deaths becomes even more pronounced.

War deaths represent just one of many positive trends in society today. When we look at the statistics, the curve of trends is in a positive direction in many areas of life: health, education, longevity, freedom, women’s rights, and more. The roots of meditation might be dark, but I believe its effects have changed the world in powerful positive ways.

Maharishi & Me: Seeking Enlightenment with The Beatles’ Guru by Susan Shumsky is out now and is available on Amazon.co.uk 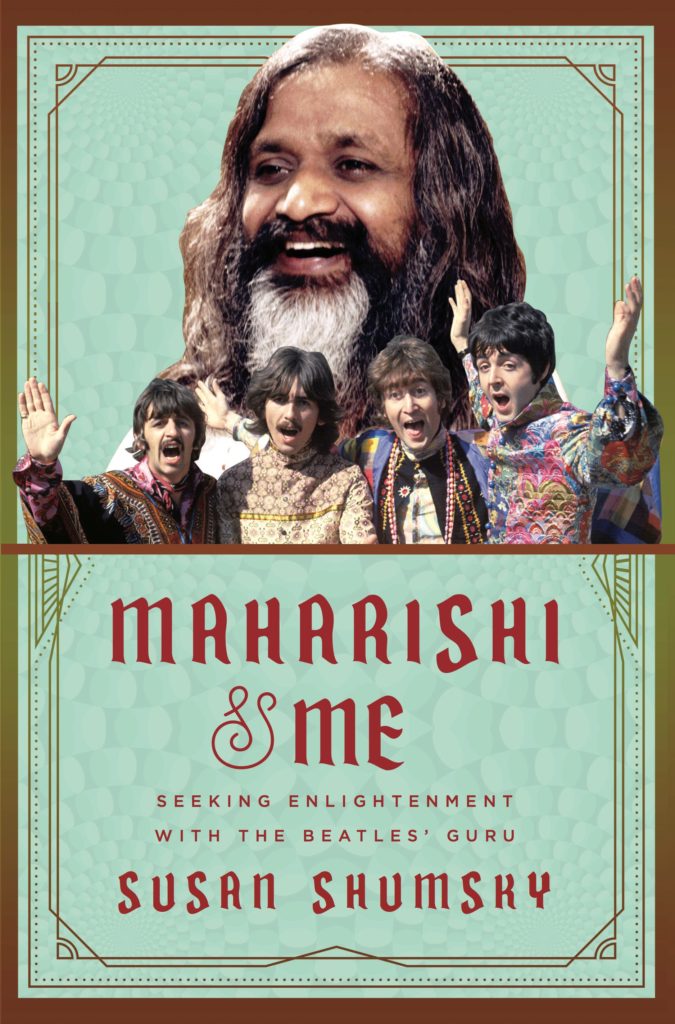