Kathryn aka Mrs 50 Plus has been trying out the new Simba Hybrid Duvet with OUTLAST to combat her night sweats.  Read on …

Lots of people get night sweats apparently but it’s ladies ‘of a certain age’ who suffer from them the most!

Being in my mid 50s, I’ve been getting night sweats for absolutely ages.  I am one of those unlucky few people for whom HRT had no effect whatsoever. I tried it peri-menopause and have tried it since my periods finished but …  de nada! My mother-in-law tells me tales of her friend who still has hot flushes in her 70s! (Hot flashes to our American friends) I’ve got a horrible feeling that I’m going to be one of those unlucky few women.  Granted, I get fewer hot flushes now but when I get them, boy do I get them.  That horrible sensation rising from my chest up my face bit by bit until my head and face are dripping!  It’s so horrible, it really is. In fact I had my long hair cut a few weeks ago as I thought I could at least keep my neck cooler. My hair used to get so wet underneath after a hot flush that it was ridiculous – akin to walking through Singapore last year almost. There, I spent the entire time in a bath of sweat.  I have no idea how menopausal Singaporean women survive! 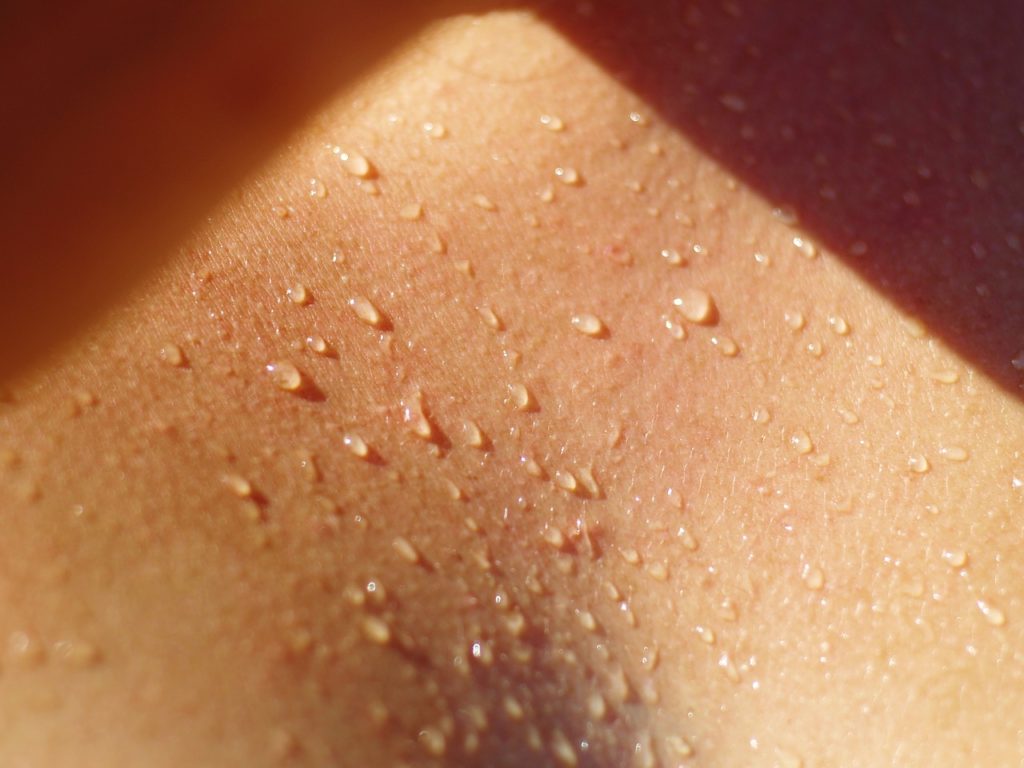 As bad as the hot flushes but less public are the night sweats.  Night sweats have been waking me up for years now. I wake completely soaked to the skin with perspiration running down between my boobs and with soaking wet hair and face. I even have to turn my pillow over as it becomes so wet. However, of late, this has NOT been the case.

A couple of months back we invested in a new duvet.  I use the word ‘invested’ as Simba Duvets aren’t cheap.  What price a good night’s sleep though, hey?!  Mr 50 Plus knows how much I’ve been struggling over the years and agreed that the price tag was worth it if I was going to actually get a whole night’s sleep again.  I was a tad cynical as I swear I’ve tried everything to combat my night sweats.  But my new Simba Hybrid Duvet with OUTLAST  proved me wrong.  Very wrong.

On Simba’s own site, they say:

“Our Hybrid Duvet with OUTLAST® actively regulates your temperature, helping you get more of the deep sleep you need to feel fully refreshed.”

OUTLAST owes its existence to NASA as it was originally created to help astronauts cope with temperature fluctuations in space. OUTLAST® is what’s known as a ‘phase change’ material.  This means it actively responds to the temperature outside. Are you with me?  When you’re too warm it absorbs heat to cool you down. If you get cold it releases heat to warm you up. Clever eh! So if Mr. 50 Plus is feeling cold, the Simba Duvet works for him but if I’m getting hotter, it works for me too.

The filling consists of 90% down and 10% feathers as research has proved that that’s the most comfy and breathable combination. It’s super-soft to the touch too as it’s made with a 300 thread-count cotton.  That may not be of relevance to many people but to me it’s a godsend. I have fibromyalgia and my skin is often sore to even the lightest of touches. I never know when or where the allodynia is going to flare up but when it does, it’s agony.  Mr C aka Mr 50 Plus even went to the effort of creating a kind of DIY cage thing where my feet are to stop the duvet touching my feet and lower legs. The new Simba Hybrid duvet is so lightweight and soft I barely need it any more! I still put a pillow at the bottom of the bed to raise the duvet slightly but it’s nowhere near so bad.

I like the fact too that the duvet is made with little pockets so the filling doesn’t clump and stays wide-spread. No more manic shaking the duvet every morning! The box border with double piping on the duvet means you can see which side features the OUTLAST.  (It’s the blue side.)  The border lets air flow through the natural filling keeping the duvet (and you) light and airy. The weird thing is that every night when you get into bed, it feels like new, clean bedding.  It’s as if I’ve put clean sheets and a new duvet cover on every night.  I don’t understand how Simba have achieved that,  but I love it!

Science or no science, all I know is that the Simba Hybrid Duvet with OUTLAST works a treat for me.  Now I need some of those fab Simba pillows my daughter over at Helenas Blog has just bought. She says they are the best pillows they’ve ever had,  So watch this space…

Keeps you warm or cool

Price (expensive but well worth it)