How do you fancy owning signed copies of four Tony Drury Novellas, courtesy of Mr and Mrs 50 Plus?

Tony is the author of five DCI Sarah Rudd City thrillers. In each, he draws upon his career as a London financier to expose the underworld of dark practices and shadowy characters. None, however, are able to withstand the bravery and incisive detection methods of one of the police force’s bravest officers. Her juggling of career demands, husband, children and her own demons, make riveting reading.

He has now written two more novels which trace the early career of probationary police constable Sarah Whitson. In ‘On Scene and Dealing’ she meets her future husband Nick. In ‘Journey to the Crown’ she has a devastating affair with Dr Martin Redding. The final chapter jumps ahead to sample her future life as a private detective. 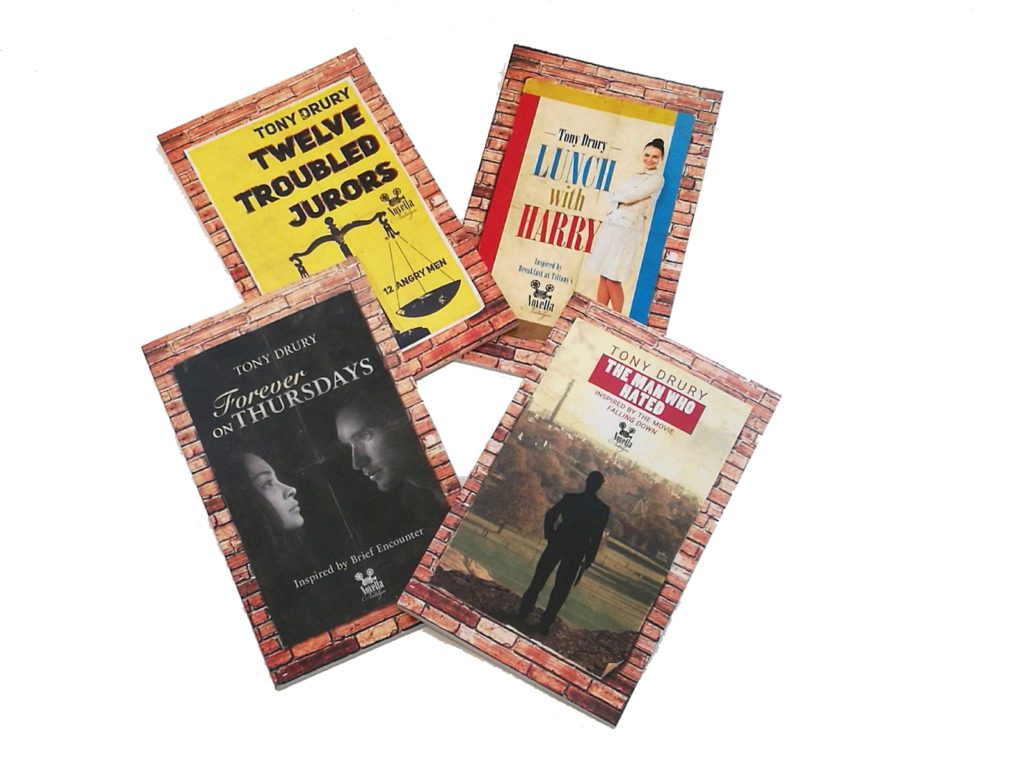 Tony Drury has now created an innovative series as a novella writer. Reflecting iconic cinema classics, his first is ‘Lunch with Harry’, which is inspired by ‘Breakfast at Tiffany’s’. Others include ‘Twelve Troubled Jurors’ (echoing ‘12 Angry Men’), ‘The Man Who Hated’ (inspired by the movie ‘Falling Down’) and ‘Forever on Thursdays’ (capturing the drama of ‘Brief Encounter’).

Aged seventy, Tony is a follower of the wisdom of Albert Einstein: “When a man stops learning, he starts dying.” He lives in Bedford with his wife Judy. They value every trip down the M1 to Watford to be with Grandson Henry.

Tony will be a contributor to Mr and Mrs 50 Plus and will offer entertaining and insightful posts such as ‘Damn It – I’m Ageing‘ to his frequent ‘Monday Moans’.

The winner will receive four signed copies of the Tony Drury Novellas: Lunch with Harry, Twelve Troubled Jurors, The Man who Hated and Forever on Thursdays.  Three runners-up will each receive a single signed Novella.

To enter, simply fill in your details below.

This competition has now closed and the winner can be seen on our Winners Page.