We Took a Silver Gap Year

As a couple approaching our ‘middle years’, we had talked many times about our hopes and aspirations.  What would we do when we retire? When would we retire? Why should we retire? One thing we were both very much agreed on was the idea of taking a silver gap year – a year away from work, away from home, broadening our horizons and just seeing lots of the world we see and hear so much about on the TV and read about in the press and online.

Many of us at this stage of life have the same thoughts but keep putting off and putting off until the time is right, once the retirement bell rings and when there’s more time on our hands.  We’ve seen it before; retirement looms, the pension is ripe for picking and all those dreams seem within easy grasping range. The travel brochures are stacked up; all those lovely pictures of blue skies and people enjoying themselves in exotic places.  It brings a warm feeling to even the most conservative of us. All those years of devout loyalty to the cause, working to save, living to work, topping up the piggy bank ready for the great adventure.

An acquaintance of ours had exactly the same dreams.  A great adventure starting on the day that work finished.  Off to see the great and the wonderful. Unfortunately it never happened.  During his last year of work, illness set in and he never made it. Cancer made sure that the intrepid voyage was nipped in the bud.  He sadly passed away together with all those wonderful dreams he and his wife had clung to through his working years.

At the end of 2016 we sold our first website project – TheBabyWebsite.com – and decided to take some time out, in fact a year out, to see that wonderful world.

Passport in hand we set off early in the year to just go and generally reward ourselves for the decade of hard graft we had put into it.

It all started with a cold and snowy Northern Europe in February.  Amsterdam’s beautiful canals were followed by the modern history of Berlin.  Taking a train from there down to Prague, we added the quaint and picturesque streets with their ornate spires to our photo album. 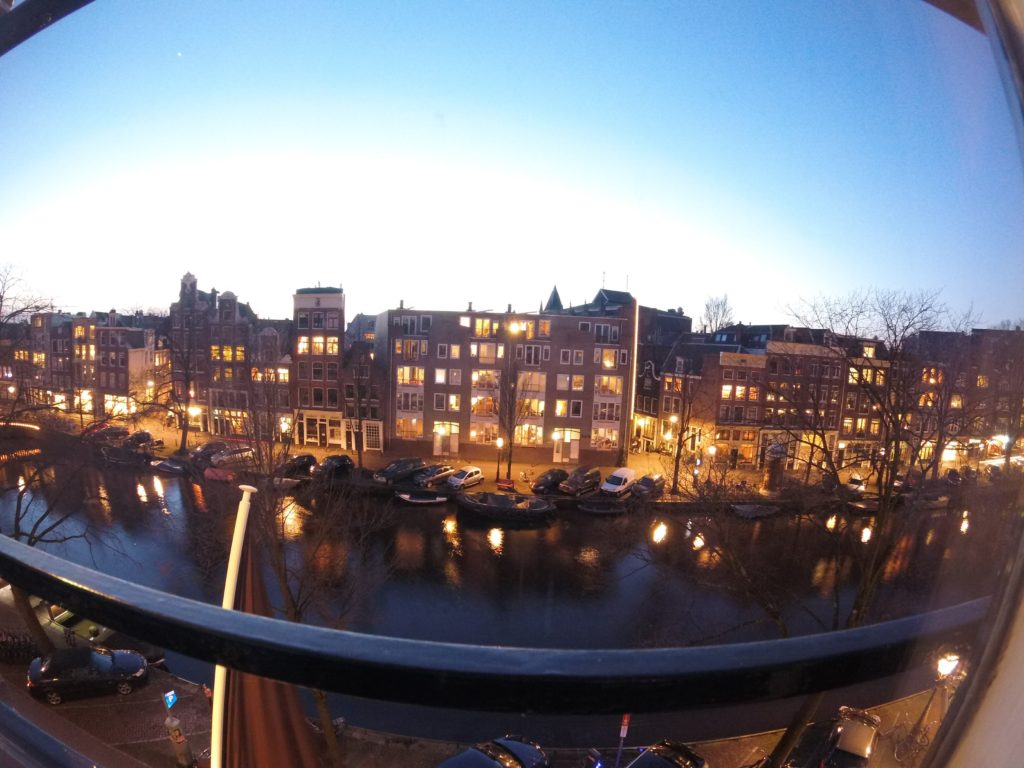 Next came Thailand.  Bangkok, the bustling, crowded capital full of ornate historical and beautiful attractions provided excitement and wonder before we travelled south to spend a week on the Island of Koh Phangan.  Known for its somewhat hedonistic ‘full moon’ parties, we bedded down on the opposite side of the island where peace and quiet were the order of the day. Beautiful beaches, lovely people, and a little motorbike to explore that part of paradise on.  We found hidden coves and beaches, spectacular roads passing through tropical forest and at the end of it all we had ‘our beach’, which even on a busy day was tranquil. 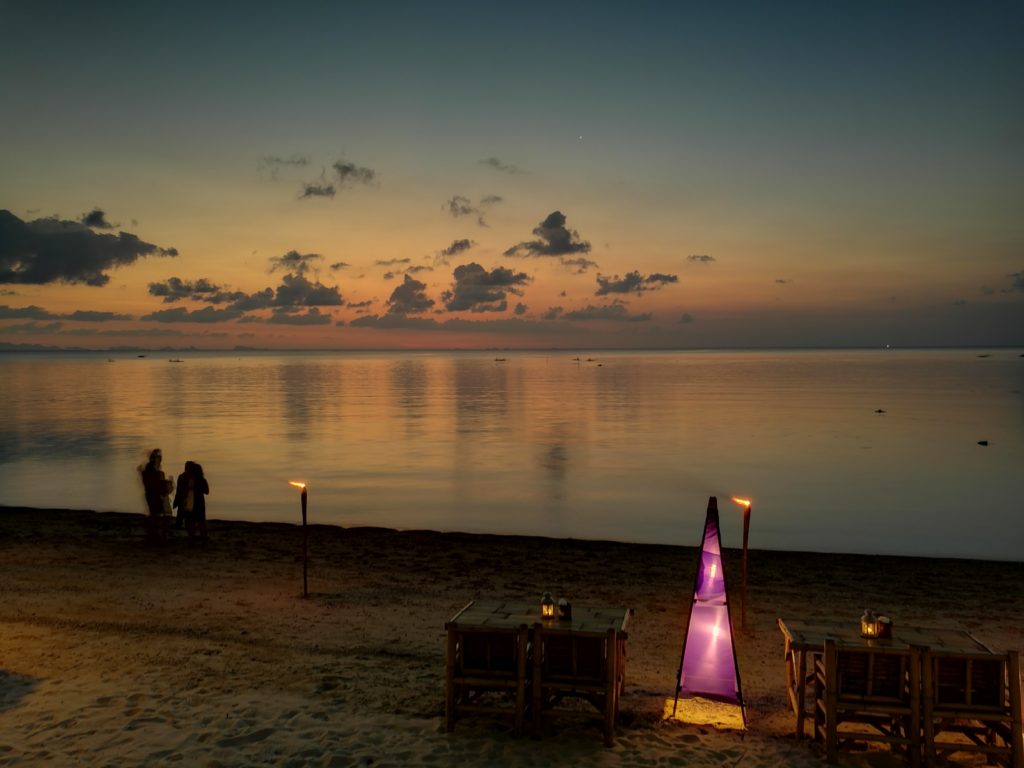 India was next.  We toured the region of Kerala, right down near the ‘tip’ of southern India.  We saw old Kochi, travelled 8000 feet up into the Ghats to the tea plantations of Munnar, saw wild elephants in the Periyar national park, spent 24 hours sailing the backwaters of Alleppey on a traditional houseboat and then nestled ourselves among the mangroves of Poovar before moving on to our next destination. 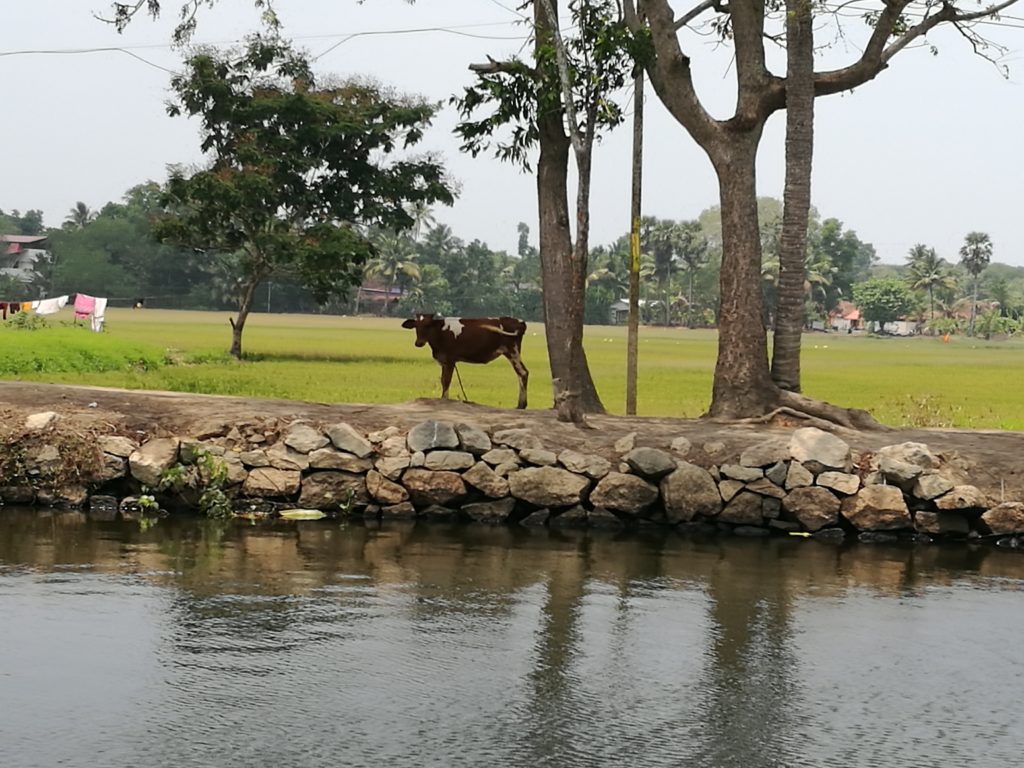 Switzerland was a very last-minute destination.  We said on Sunday lunchtime that we should go somewhere new this week, so early on Monday morning we were on a flight to Geneva, after which we picked up a hire car and drove in a circle around Geneva, Montreux, Gstaad, Luzern, Bern and back to Geneva.  Spectacular scenery abounded and everything seemed picture-book pretty. The only thing that definitely wasn’t were the prices. Switzerland must surely be the most expensive country on the planet! 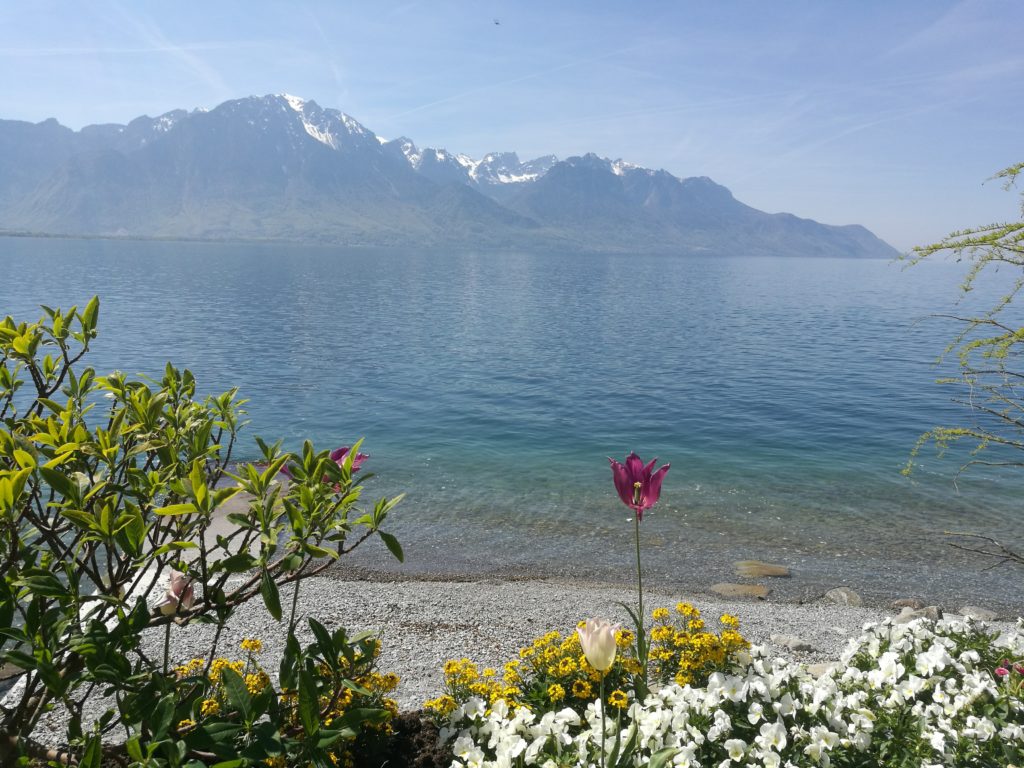 Santorini followed.  That ancient Aegean island, set in the Cyclades group is said to be one of the most picturesque places in Europe.  Believe me, it is! Beauty abounds from the beaches on the southern tip to the spectacular ‘caldera’ at the north and west.  Our daughter’s wedding made it all the more memorable I suppose. Car hire in Santorini was pretty reasonable which meant we could see the whole island from east to west and north to south. Can’t wait to go back frankly! It’s a stunning place. 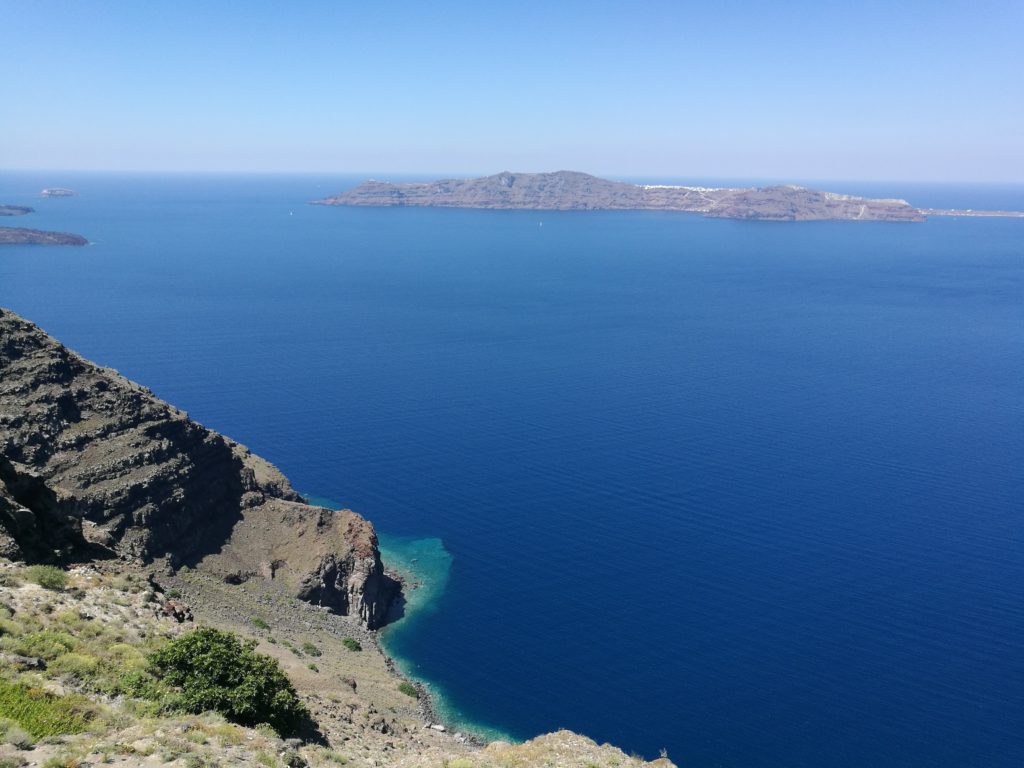 A two hour ferry trip down to Heraklion sent us into familiar territory, with us having been on holiday to the island a few years previously.  We picked up a car and no sooner had we settled onto the island when the rain came. Horrible, incessant, thundery, cold, torrential rain. An it didn’t stop for three days.  Not what you’d expect in the Greek islands in the summer, but there again, how memorable. I think what made it worse was the fact that the hotel we were staying at only had an outdoor restaurant and bar! 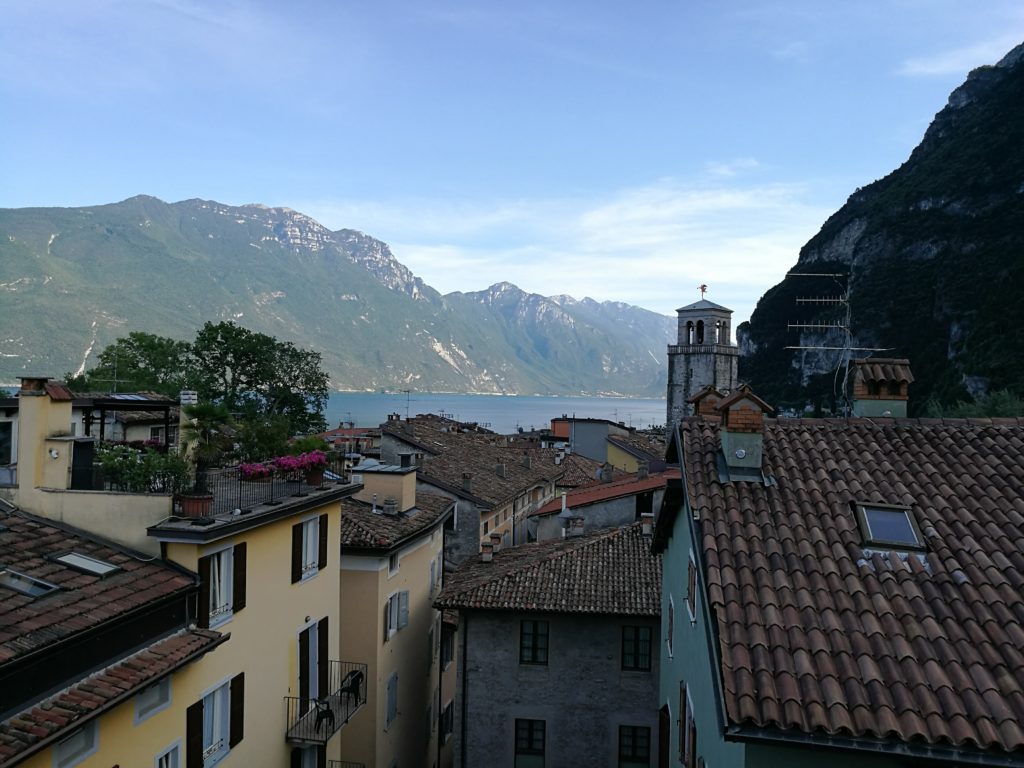 A few days later we flew up to Milan to start a tour of the Italian Lakes.  We had serious doubts during our journey from Milan that anything other than industrial estates existed in northern Italy.  Mile after mile of factories, warehouses, industrial units stretched as far as the eye could see until we eventually turned off the Autostrada and found Lake Garda.  Riva del Garda was our first base. Full of character and nestled amongst the southern Dolomites, it’s a lovely place. Littered with pavement cafés and gelateria, lovely hotels and upmarket restaurants, it really does have a buzz to it.  We were almost sad to move on to our next stop at Lecco on the southern tip of Lake Como. From there we went further west to Belgirate on Lake Maggiore before flying back to the UK.

A Taste for the Road Trip

Our next adventure in our silver gap year was a road trip.  The remote, but truly memorable ‘North Coast 500’, started in Inverness.  It worked its way clockwise around the very northern extremes of Scotland and finished 500 miles later back in Inverness.

Having developed a taste for the road trip we flew out to Boston, Massachusetts to see a bit of the old US of A.  Well, more than a bit I suppose. We collected a car at Boston airport and dropped it off a month later at Los Angeles airport, having driven nearly 5000 miles through fourteen states including one in Canada.  We saw the good and bad of that massive country. Travelling to places that very few tourists ever venture to opened our eyes somewhat.  We also took in some of its most spectacular offerings that included Niagara falls, Chicago’s stunning skyline and the epic Monument Valley along the way. 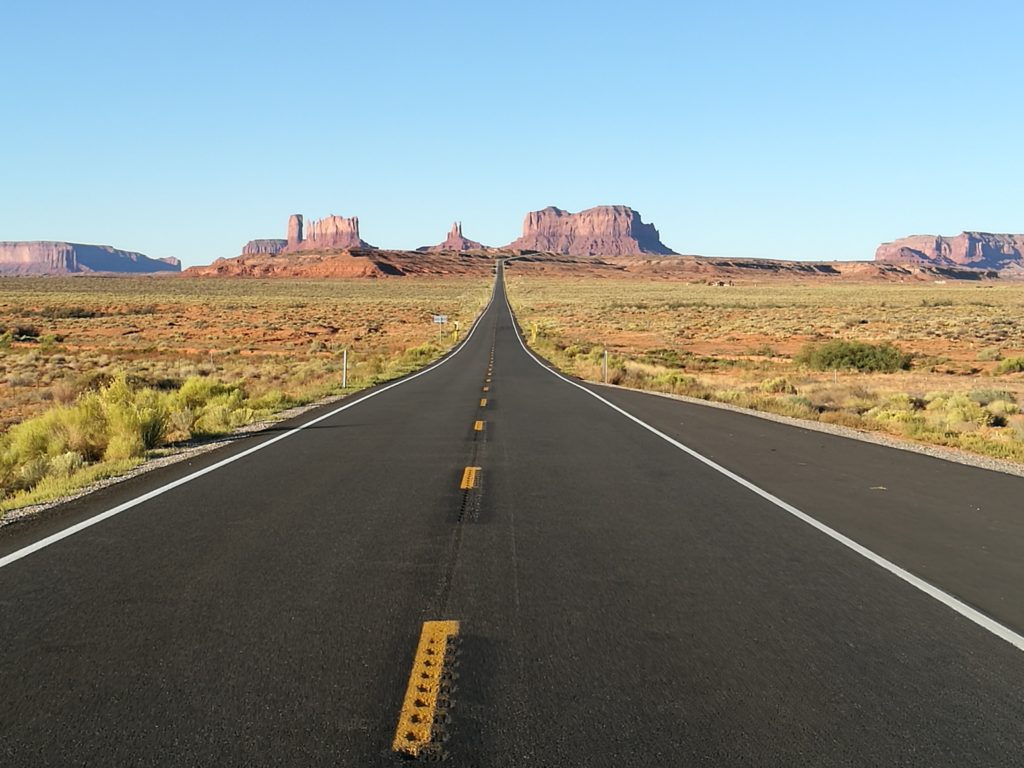 Losing Tuesday on the way to New Zealand seemed like a rip-off to us, but that’s the International Date Line for you.  Jules Verne managed to make a story out of it, didn’t he? We were so, so lucky in New Zealand. We managed to tour the South Island in beautiful clear sunshine, including it’s notoriously grey west coast.  The Southern Alps, Arthur’s Pass, Franz Josef Glacier, Queenstown, Milford Sound and Christchurch – all in lovely sunshine! We weren’t so lucky in the North Island though, but we still managed to get around.  We made do with a hot spring pool in the pouring rain in Mt Maunganui instead of a picnic on the beach.

Keeping our penchant for the road trip we ‘did’ the Great Ocean Road in Australia and when in Sydney we climbed the Harbour Bridge, sailed out to Manly Beach and marvelled at the beauty of the famous Opera House and the huge natural harbour.

Our final section of the adventure was Malaysia, Singapore and Hong Kong.  We stayed on Penang Island, sweated our little pores out in Singapore and marvelled at the sheer scale of the architecture in Hong Kong. 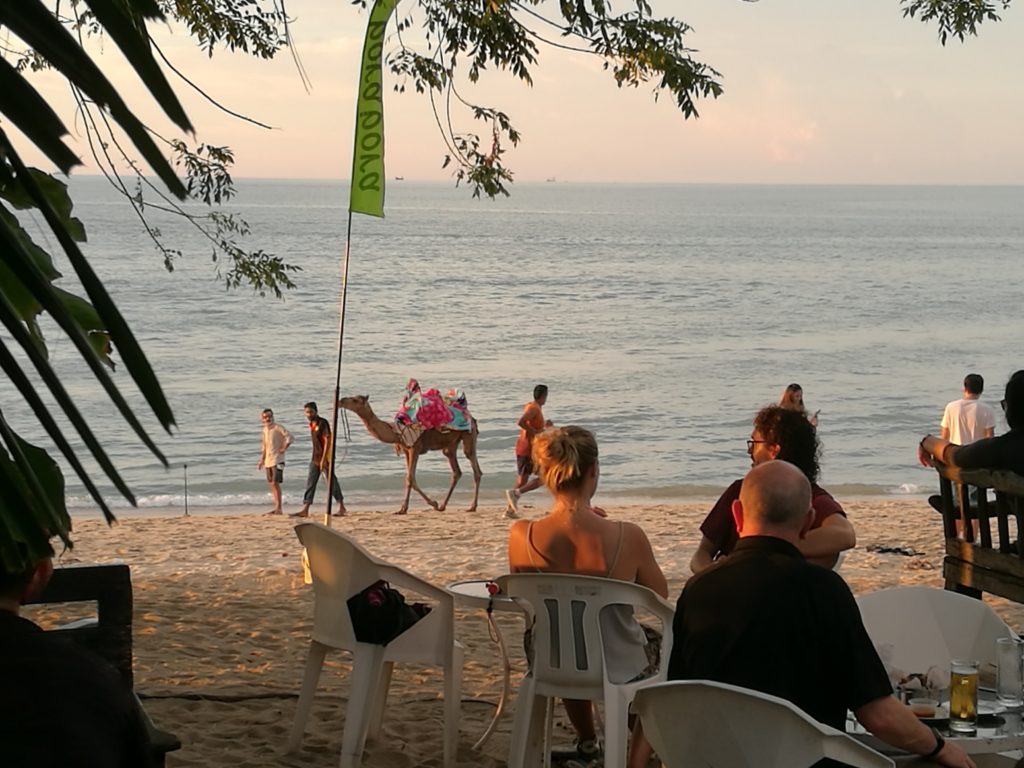 All-in-all we had such a fantastic year we’ll never want for anecdotes and tales to entertain our grandchildren. (when they materialise)

The moral is: beware of waiting too long.  It might never happen if you take the gamble.  If you can afford to now, then do it! If you wait, who knows what might happen. Carpe Diem!

Have a look at our personal blog at http://thethumbsup.co.uk and read about our silver gap year adventures.  It really was a blast!