I don’t remember the year my husband was diagnosed with Alzheimer’s – only the date August 5th.

After a year of endless tests, scans, visits with mental health workers and psychiatrist, we were led into a room and given the diagnosis.

I was 44 with two school age children. Our lives were never going to be the same again. A fact we were not to know until further down the line.

In the early stages Derek’s hearing was impaired. Now, of course, I realise it was the part of the brain, that acknowledges sound, was in fact dying.

This was then followed by Derek’s speech being mumbled, it was very frustrating to not understand what he was saying.

Our children did not acknowledge their dad’s illness and they didn’t tell their friends for fear people would treat them differently. They didn’t want sympathy. But there were times when I had to notify school that things at home were difficult, especially when it was exam time.

I tried my best to keep home life as normal as possible, but sometimes it was difficult.

Looking back there were times when we can laugh at certain situations, although not at the time of them happening. For example, coming home with the girls late one night to find Derek had gone to bed and locked us out the house. This almost resulted in us sleeping in the car!

Then there was the time that I had to hide the shed keys for Derek’s safety. It was no longer safe for him to use the electric tools. Unfortunately, this resulted in Derek borrowing a screwdriver from a neighbour and him chiselling out the putty around the shed window. 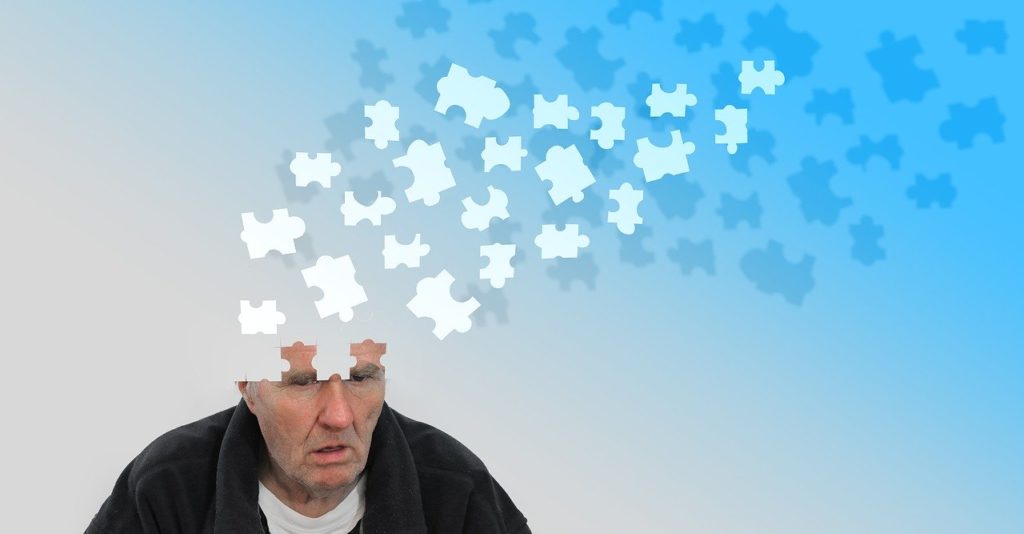 Things came to a head when Derek would no longer sleep at night. He would go to bed at 7pm, only to wake up again at 10pm, get dressed, go downstairs and have breakfast.

This caused major problems as Derek would turn on lights and wander around the house looking through drawers and cupboards, waking up the girls.

It got to the point where I didn’t sleep at night so I could keep an eye on Derek to make sure he was safe and not waking the girls up.

Sometimes I would fall asleep out of sheer exhaustion and unbeknown to me, our youngest would stay up to make sure her Dad was safe.

Then the crisis team became involved which resulted in Derek going into a psychiatric hospital, with a promise that with the right medication he would sleep at night and come back home.

This is where our story really begins …… with a cocktail of drugs, a care home that didn’t care and ending up with Derek in a forensic science hospital.

My Feelings In Raw Detail

It was never my intention to write a book. I don’t even know how it came about. I guess I just wrote things down in journal format as a kind of therapy. The hardest thing for me was reading it back.  My book is based on my journal, so it reflects my feelings at the time in all its raw detail.

Alzheimer’s Disease is  horrific.  It not only affects the person with the disease but also those closest to them.  I am no longer the person I once was.  I suffer with anxiety and stress.

Watching someone you love, die a long, slow death, losing their ability to recognise you, unable to speak to you, no longer able to walk by your side breaks my heart every single day.

Angela Hogarth’s ‘Alzheimer’s: Not Just a Memory’ takes readers deep inside the frank and intimate journal entries of the author, as she chronicles family life against the backdrop of her husband’s Alzheimer’s. From the slow disruption of their routine, to family members distancing themselves, doctors pumping cocktails of drugs and a painting of life twelve years later, Hogarth’s book proves Alzheimer’s is far from an “old person’s disease”. 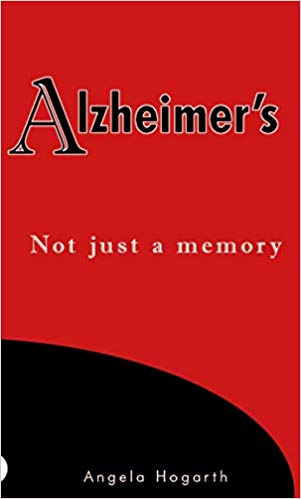