In his tenth decade James Roose-Evans brings us a moving and quite magnificent piece of writing – Older – A Thought Diary.  In this year of his life, he draws on his many and varied life experiences.  It’s touching, thought-provoking, sensitive and witty and really makes us think about the whole process of ageing…….

Even if we do not succumb to dementia or some major illness such as Parkinson’s, we shall all experience our children growing up and often moving to another part of the globe, while friends and relatives die. It is not surprising then that a large majority of older people live alone with only the television for company. The more so today when we have lost a sense of community, of supporting one another. Health is affected, balance also, and I have found that while I am very patient with people, I am not so with things! Frequently, like many of my age, I find myself dropping things and shouting, ‘Fuck!’ which is, I suppose, a healthy release of frustration. Often at night, trying to get out of bed to have a pee, my foot gets tangled in the sheet.  Then I find myself shouting out, ‘What’s the matter with you?!’

Sometimes people say to me, ‘Oh, I’m old!’ and I reply, ‘No, you are older, that is very different.’ The word ‘old’ with its final ‘d’ is like a door slamming, whereas the word ‘older’ suggests a continuing journey of discovery. And so when I became 90 (I shall be 92 in November) it seemed to me important to record the year of my entry into my tenth decade. Because we have to know about this stage of our lives if we so wish to prepare for it.

As the poet Edwin Muir wrote, ‘I have learned another lesson. When life’s half done we must give quality to the other half, else you lose both, lose all. Select, select, make an anthology of what’s been given you by bold casual time. Revise, omit, keep what’s significant.’

In my long life while I have known some successes, I have also known failure, despair, lack of work, lack of money, betrayals and disappointments. And yet, at each impasse, by learning to be patient, to wait, always a door has opened, inviting me to make new discoveries. So now, even in extreme old age, I rejoice that I am still learning – and also unlearning – for it is important to shed if we are to put forth new growth. As George Herbert wrote, ‘In age I bud again.’ There is a pattern and a purpose which makes each life unique. Sadly, too many are born millionaires and die paupers. As Joanna Trollope wrote in her novel, The Rector’s Wife, ‘So many people lack the capacity to live life richly, at any level.’

One Partner Has To Die First …

We will in these latter years experience bereavement, the loss of a partner or a close friend. I remember one couple where the wife said, ‘When you are a pair you have to accept that one of you will go first.’ Bereavement affects people differently. Some grow through the experience, while others never do and just long to die. At every stage of our lives we have to work at things if we are to grow in a deeper understanding.

I lost my partner after 54 years of a rich and fulfilling love and know the deep emptiness that remains. I recall how one night I awoke deeply longing to be hugged and held in a warm embrace, not for any sexual reason, for I am long past that, but for the deep comfort of being held. It made me realise how many older people must yearn to be embraced, while some may never have known it. Which is why Keith Hunt at the Royal Free Hospital in London, whose team of physiotherapists now give massage to over 35,000 people a year, says that for many old people it is the first time of being caressed for many a long year. 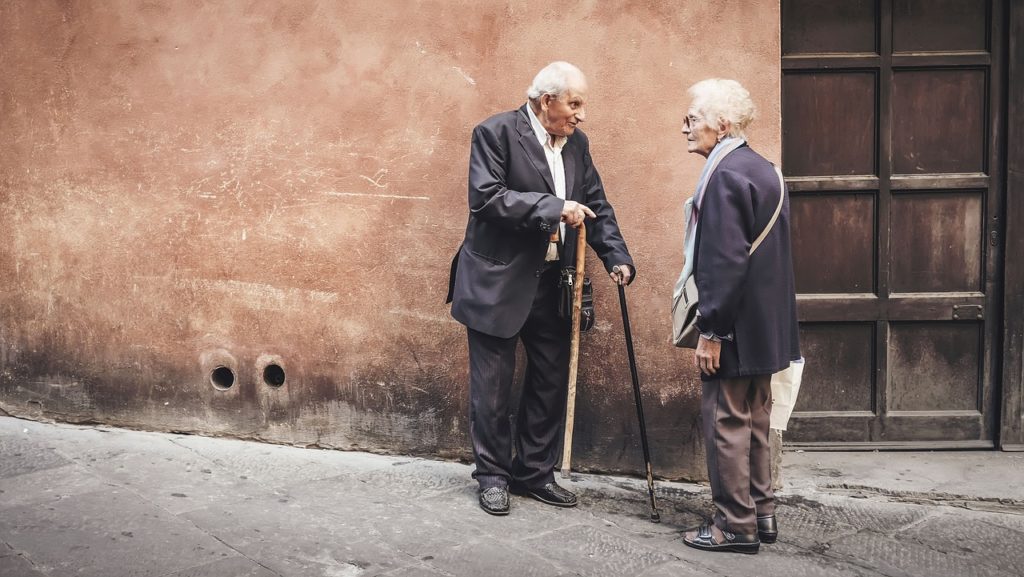 The Essence Of Our Being

What excites me is that the journey continues right up to the very last moment for, as T.S. Eliot wrote, ‘Old men should be explorers still’, and had he been writing in prose he would also have said old women too. It is a stage of life in which much has to be shed, and much unlearned, so that new insights can be explored, It is a time when a whole mosaic of memories reveals the journey we have come. It is in that sense a time of harvest, or should be, knowing also that when our time comes to depart it is with the realisation that we are finally coming in to harbour after a long voyage.

And so one has to learn how to accept the gradual diminishings that are a part of growing older. It is all part of the stripping down to the absolute essentials, to the very essence of our being.