Hearing loss is the no.1 modifiable risk factor contributing to dementia.

For some time, it has been suspected that hearing loss and dementia are linked.  Now two new studies have demonstrated a possible connection.  These findings provide new evidence that supports the theory that actively wearing aids, to help ease and encourage social interaction, has the potential to delay cognitive decline.

Hearing loss was recently reported as the number one modifiable risk factor contributing to dementia.  This was recently published in a study authored by the Lancet commissions on Dementia Prevention, Intervention, and Care.  The research shows that effective treatment for hearing loss may reduce the risk of dementia by a significant 9%. That’s greater than quitting smoking (5%), getting treatment for depression (4%), exercising more (3%) and being free of the “dementia gene” ApoE4 (7%).

This was backed by further research published this year which confirmed strong links between hearing status and the risk of disability, dementia, and depression in older adults.  The 25-year study, which looks at the effects of hearing problems on health  concludes that untreated hearing loss can increase the risk of developing dementia by 21%.

Most people would associate hearing with their ears, when in fact, better hearing starts with your brain.  The brain manages sound and converts it into information that is comprehensible.  However, hearing loss makes this process more demanding, especially in environments where there are lots of people speaking and background noise complicates the soundscape.  Hearing loss essentially puts extra load on the brain as it works harder to ‘understand’, and without effective management can make a person feel tired, disengaged, even unmotivated. 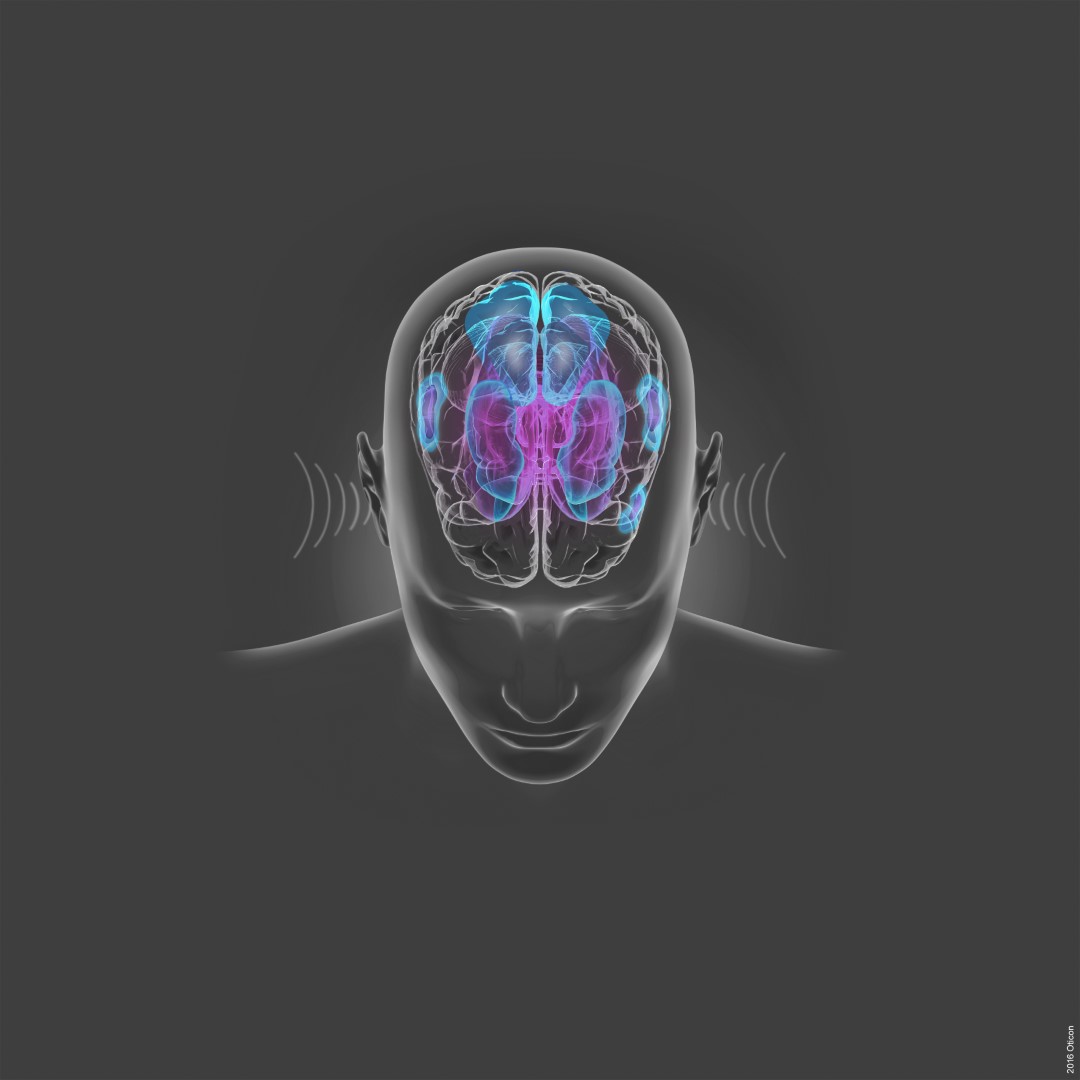 Being socially active enables us to exercise and enhance our cognitive ability, keeping the brain healthy and active for longer. The hard of hearing often find social engagement challenging because of the side effects of the effort to hear and understand speech.  As a result they would rather choose to avoid them. Unfortunately, this can lead to social withdrawal and isolation, effectively starving the brain of stimulation and potentially accelerating dementia.

“Hearing loss is a health condition which affects over 5% of the global population,” says Thomas Behrens, Chief Audiologist at Oticon. “Sadly, many are living with their hearing loss completely unaware of the adverse effects that it could be having on their overall health. Socialising at family dinners, and on nights out with friends, is a great way to exercise the brain and could help reduce the risk of cognitive conditions, including dementia, especially in later life. Hearing well not only makes interaction possible, but also more enjoyable.”

Hearing aids compensate for hearing loss.  With the importance of social interaction in mind, Oticon has developed Oticon Opn™ .  Setting a precedence for future hearing aid technology, as demonstrated by a dozen research findings, Opn™ hearing aids help the brain make sense of sound.  They help people with a hearing impairment to communicate and actively participate where previously it was too difficult.  Opn™ users can once again feel comfortable in restaurants, cafes and bars.  They can benefit from the important exercise the brain gets from regular, healthy social interaction.

Oticon will also soon provide its Opn™ hearing aid users with revolutionary data-driven hearing care. Their imminent HearingFitness™ app aims to help people understand how their behaviour can influence the effectiveness of their hearing aid.  It encourages them to wear them so that they are more likely to lead a full and active life.

Oticon commends the Alzheimers Society for asking others to join them in taking action on dementia.  It can take up to 10 years before a person seeks for help for their hearing loss.  Oticon wants to promote addressing hearing loss earlier, and consequently improve quality of life.  This could help retain brain health for longer.

500 million people worldwide suffer from hearing loss. The majority are over the age of 50 while eight percent are under the age of 18. Oticon’s ambition is that their customers – hearing clinics throughout the world – prefer to use their products.  Through passion, dedication and professional expertise, Oticon develops and manufactures hearing aids for both adults and children.
Oticon supports every kind of hearing loss from mild to severe.  They pride themselves on developing some of the most innovative hearing aids in the market.  Based in Denmark, they are a global company.  It is part of William Demant Holding Group with more than 12,000 employees and revenues of over DKK 12 billion.