Club Tropicana is a phrase that’s universally associated with the group Wham! Not having read any of the promotion material beforehand I really expected this to be a musical celebrating the works of Wham and I was quite looking forward to it.

From the moment the curtain went up at The Wales Millennium Centre I could see that I was very much mistaken. The colourful opening wedding scene with ABC’s ‘Look of Love’ immediately got the foot tapping .  And it wasn’t just me. 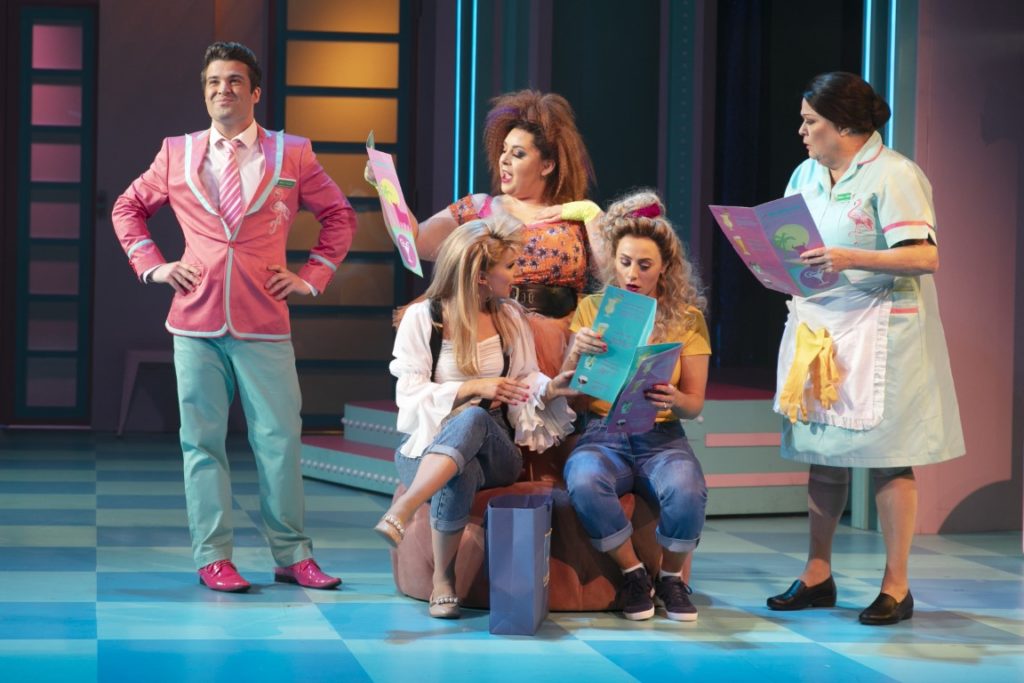 The story revolves around a bride jilting her groom on the wedding day.  Then coincidentally, both the groom’s and the bride’s parties decide to go on the honeymoon holiday anyway. They end up staying at Club Tropicana, a struggling holiday resort trying to put on a brave face during hard times.

The soundtrack included so many familiar tunes from the eighties; Fantastic Day (Haircut 100), Just Can’t Get Enough (Depeche Mode), Don’t Go (Yazoo), She Drives Me Crazy (Fine Young Cannibals) amongst others.

I did have one particular shiver moment when, on the story’s arrival at Club Tropicana, Garry, played by Joe McElderry got the whole audience to stand up and do a silly dance. Fun, yes, but I anticipated the whole of the show going along those lines. Aaarggh! (I’m not really a joiner-inner type!) 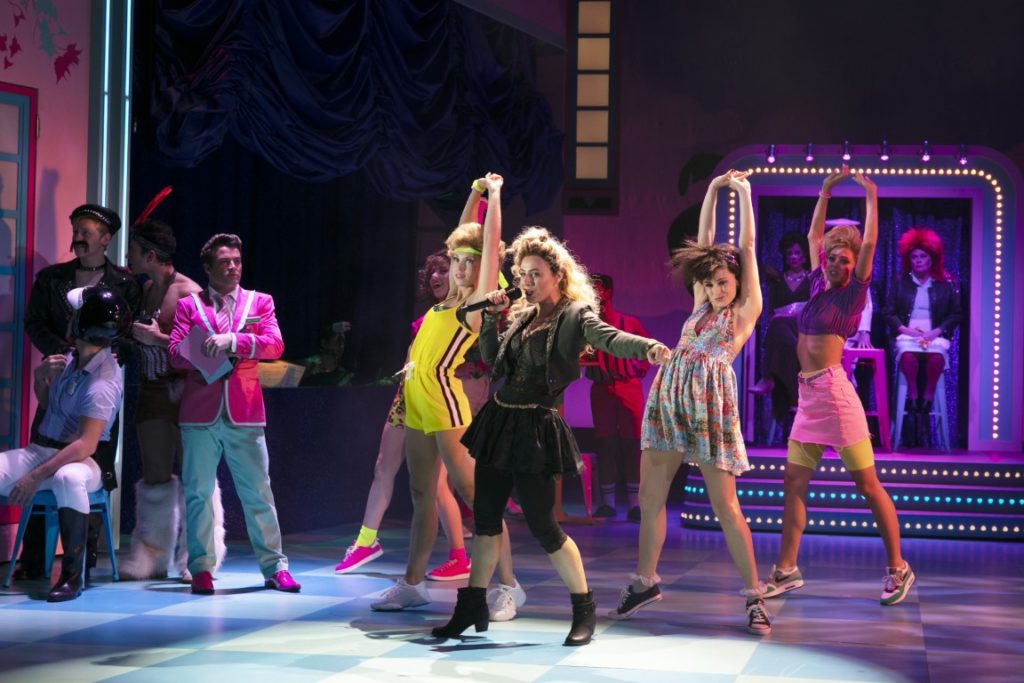 Luckily that wasn’t the case and we settled back down to enjoy this enjoyable shrine to eighties music as a backdrop to a witty, energetic and thoroughly enjoyable show. With some stand out performances, especially the hilarious Consuela, played by Kate Robbins and Joe McElderry himself as entertainments rep Garry, this was a treat for the senses. The musical performances were excellent and the whole staging was a feast of colour, comedy, dance and music.

The cast maintained momentum throughout and when the lights went on at the end it illuminated a sea of smiles amongst the audience. You could see that this show had a real feel good effect and I came away having thoroughly enjoyed the whole show.

This is a performance that anyone could enjoy.  However, for those of a certain age it was a foot-tapping nostalgic journey down memory lane courtesy of the fantastic soundtrack and talented cast. 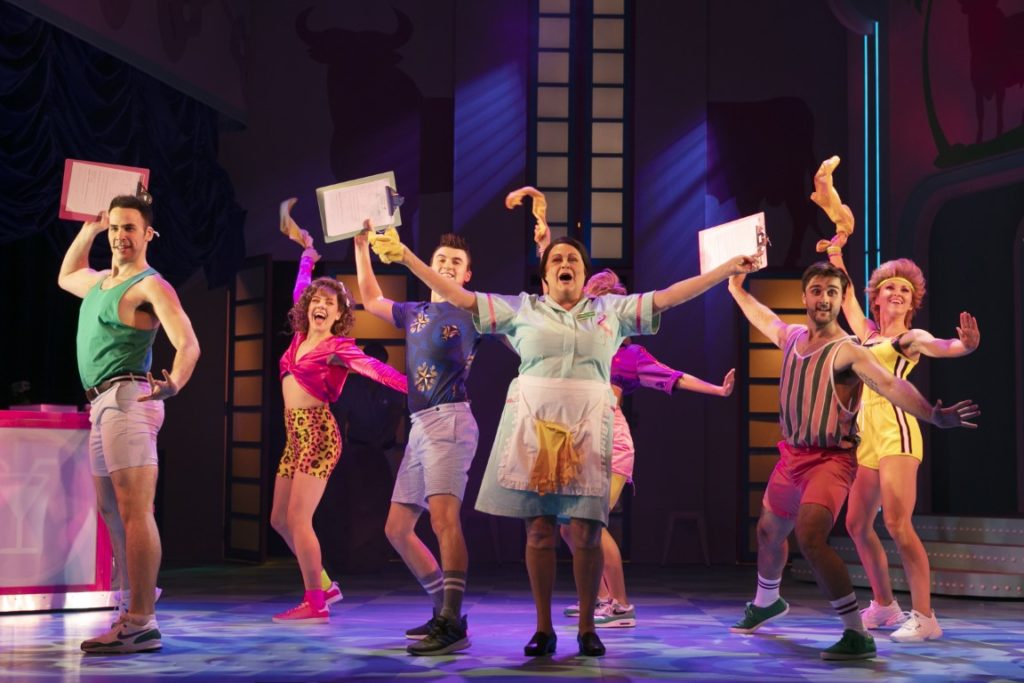 Take a look at the tour dates for Club Tropicana The Musical and try to fit it in somewhere – you won’t regret it!