Once upon a time a young woman called Henrietta decided to have a go at making her own natural deodorant.  Henrietta’s Mum’s name is Elsa. Like many women, Elsa’s daughter knew about the various risks associated with spraying and rolling harsh chemicals under her armpits – so close to lymph nodes, her breasts and her heart. She knew that aluminium salts in antiperspirants have been linked to breast cancer

Anyway to cut a long story short, she experimented with many different formulations and deodorant recipes before finally coming up with a winner.  Or many winners if you consider that there are 4 different scents of natural deodorant.

I’ve been using Elsa’s Natural Deodorant Creme and Elsa’s Natural Deodorant Stick for a couple of weeks now and I am impressed. When you consider that we are currently in the middle of a record-breaking heatwave, that says a lot.  I’ve always used antiperspirant in the past as I’ve never found a natural deodorant that I’ve been confident would work.  Well I can tell you categorically that Elsa’s natural deodorant does do the job and very well at that. 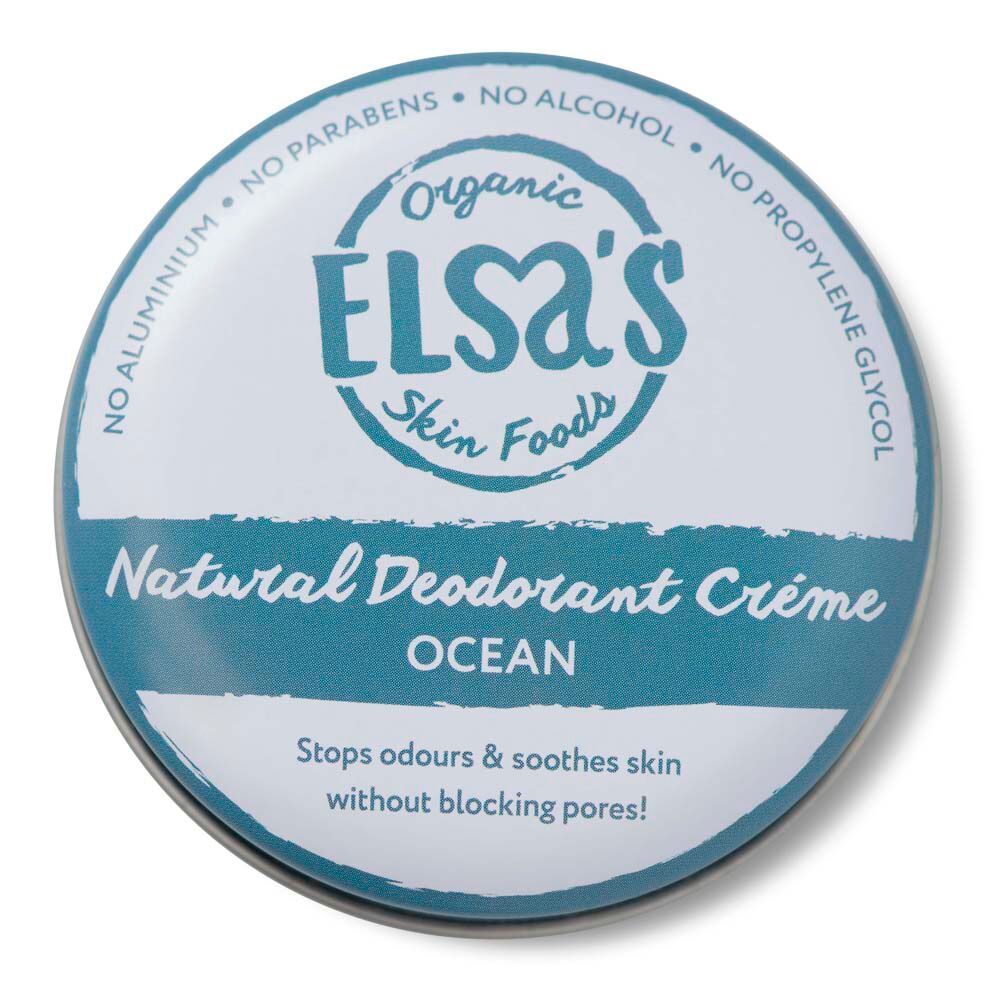 I have the Dew natural deodorant stick and the Ocean-scented deodorant creme. The stick is perfect for under arms but the cream is brilliant for those other areas where you may sweat. My boobs are pretty big and as a 56 year old woman who’s breastfed three children, they aren’t exactly perky!  In fact they never have been, what with gravity and all that! I’ve been rubbing a bit of the natural deodorant cream under my boobs in this scorching weather and love it!

At a risk of breaking the TMI barrier, I’m going to admit to using it ‘downstairs’ too.  Obviously nowhere near the sensitive bits but I have been rubbing a little bit where my knicker elastic is right at the top of my legs. I’m sure I’m not the only woman who sweats down there when it’s hot and at least now I’m confident that I don’t niff! (Mr 50 Plus has just told me that it is a bit TMI but hey I’m being honest, that’s all!)

I’ll definitely be buying Elsa’s Natural Deodorants again and if you’re in the slightest bit concerned about what you’re putting on your skin, then I suggest trying it yourself too.

Does the job perfectly

Not available in enough places yet