28 September 1968. What happened? See photograph below. 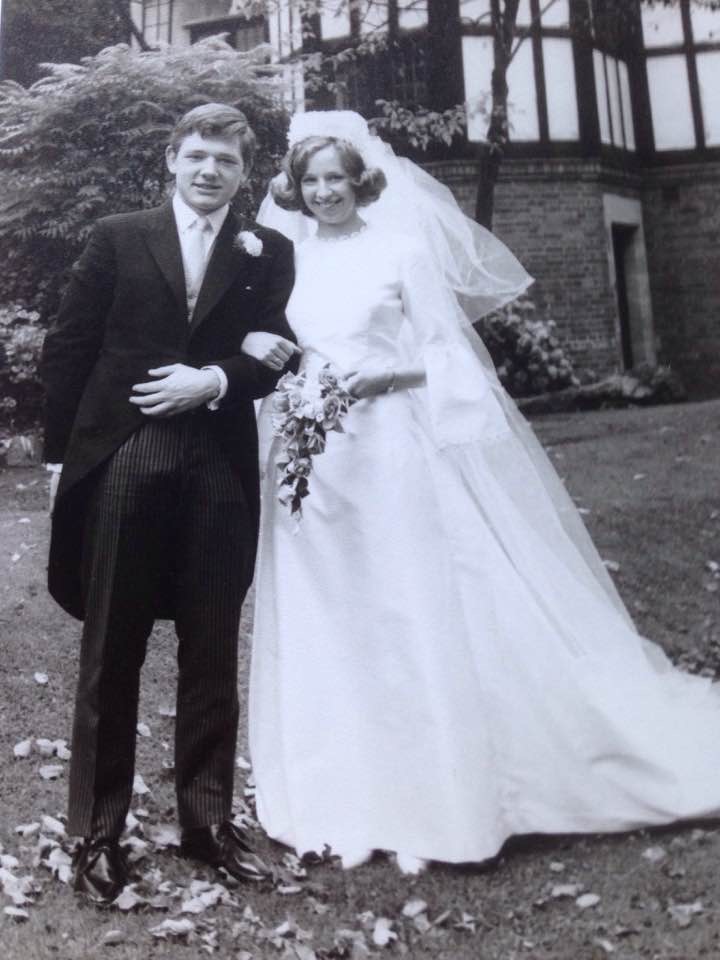 I met Judy when I started work at Midland Bank, Kidderminster. She was the manager’s secretary and my ambition showed at an early stage. A beautiful wife and a lift-off for my career. She was going out with a local lad called Dennis but I soon sorted him out. Our first house was in Birmingham on the Bournville Estate, home of the Quaker family, Cadbury (no pubs), then to Droitwich in Worcestershire near to where the Archers are recorded and then, in the early seventies, to London. I was now a qualified banker and working for a finance house in Holborn. I relished it.

Two children and a challenge: Judy, Chris and Emma were diagnosed with dominant optic atrophy, a problem with their eyes (Emma is registered blind and both Judy and Chris are severely affected). I once said to a London secretary, “my wife has eye problems.”. She replied, “I know that.” I enquired, “How do you know that?” She said, “she married you.”

The picture below was my gift from Judy on our recent golden wedding anniversary. The little man in the front is grandson Henry. We’ll only have one grandchild but he’ll do. Judy was put on this earth to be a granny. They adore each other. 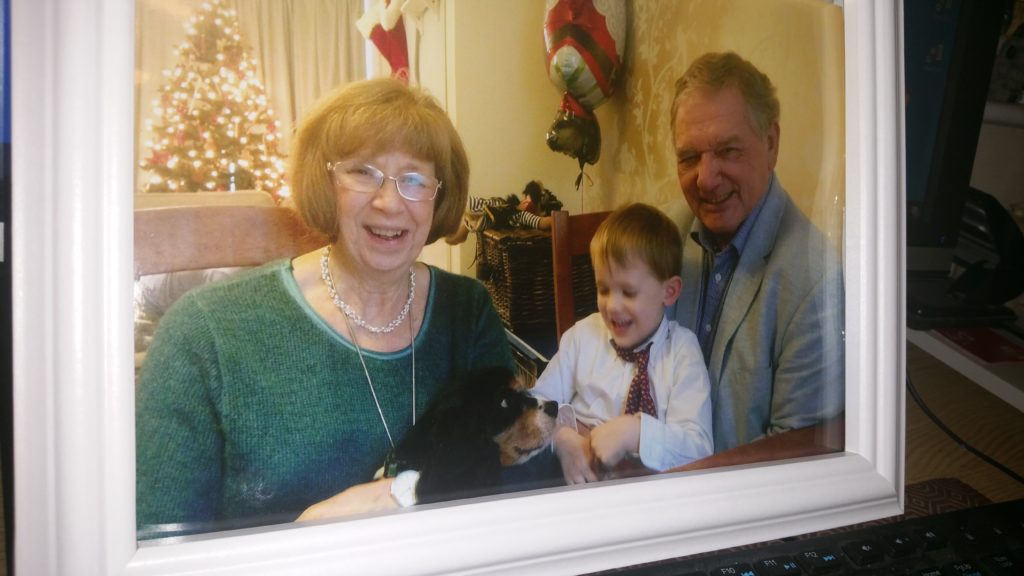 In the photograph is our cavalier, Summer. We acquired her from an animal rescue centre. Recently, I knew her time had come. Judy nodded and cuddled her. I took her to the vets and when asked how they could help me, I burst into tears. She had to go. Her heart was failing. Sarah, the vet, was amazing.

We celebrated our anniversary at Blakeney, on the Norfolk coast. The Saturday was one of the most beautiful twelve hours of our fifty years of marriage. I told Judy how lucky she was to marry me and she went to the bar for a large gin and tonic. 42% of marriages end in divorce.

We are 71 and 70 years of age. My birthday is on 5 November 2018. Please send me a card. I had three last year and my son even managed to forget to put a stamp on his. Judy’s health (eyes apart) is good with her new hip (thank you Bedford hospital) working well. We’ve decided to have the flu jab.
Fifty years together. 18,262 days (if I’ve calculated leap years correctly).

What have been the greatest events of those fifty years? In no particular order:

I’ve not included education because I don’t know much about it.

There has been one other change and the phrase ‘cultural compliance’ says it all. It is defined as
“The act or process of doing what you have been asked or ordered to do”.
Its application applies more and more to the issue of sex and gender:
Avoiding distinguishing roles according to people’s sex or gender.

In our fifty years of marriage we have seen firstly homosexuality and lesbianism become more openly accepted in practice and in law. There is a global debate on the issue of abortion.  The term LGBT is also common ground as lesbians, gays, bisexuals and transgenders feel more comfortable in society. Now we have ‘gender neutral’ which is causing debate in our schools and elsewhere.

It is an intensively private matter how each individual thinks and deals with the challenges represented by these developments. Overall, I think society is sorting things out pretty well.

So, that’s it. My fifty-year odyssey is complete and we are wandering off into our seventies. The picture below shows Judy’s Golden Wedding Anniversary present.
Who says romance is dead! 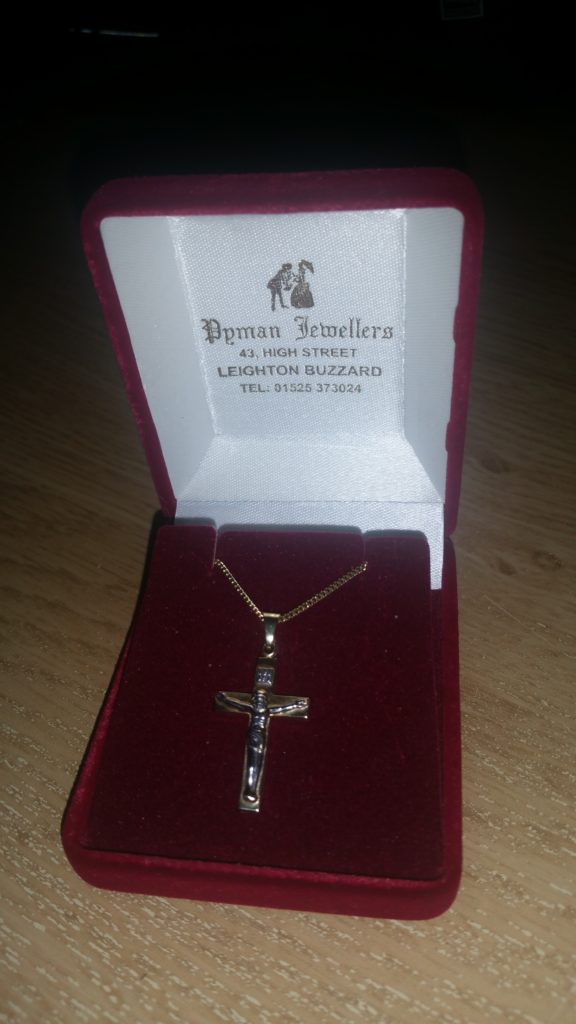 BTW. I have also bought her a night out with Elvis Presley. 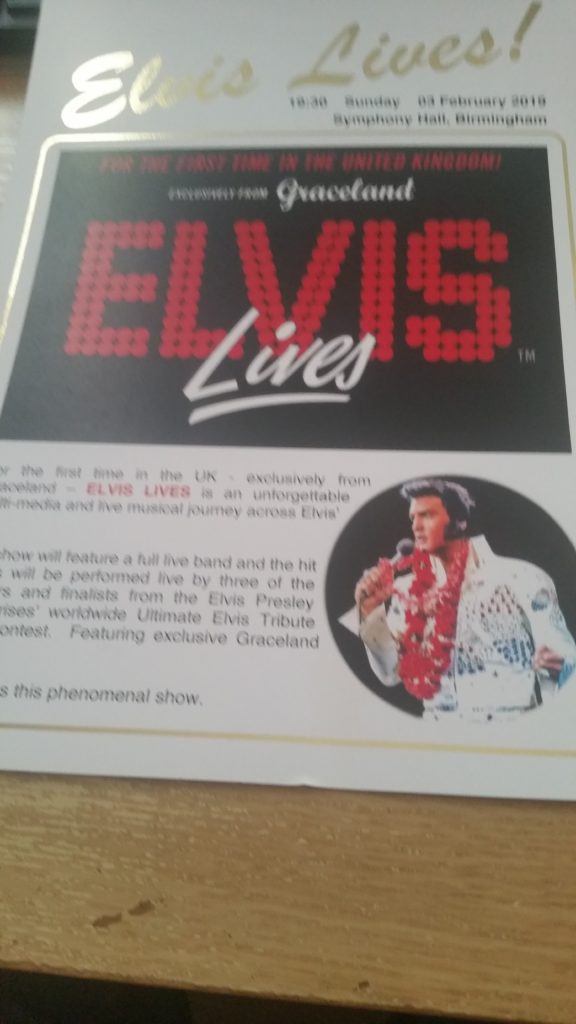