Quelle surprise!  No Monday Moan from Tony this week. Instead he’s in a fluffy pink cloud of happiness, having celebrated Father’s Day with his son and grandson.  Who knew Mr. Moan could be so chilled and mellow?!

Another year, another Father’s Day. The pictures tell the whole story.

In general and Mr Moan in particular! 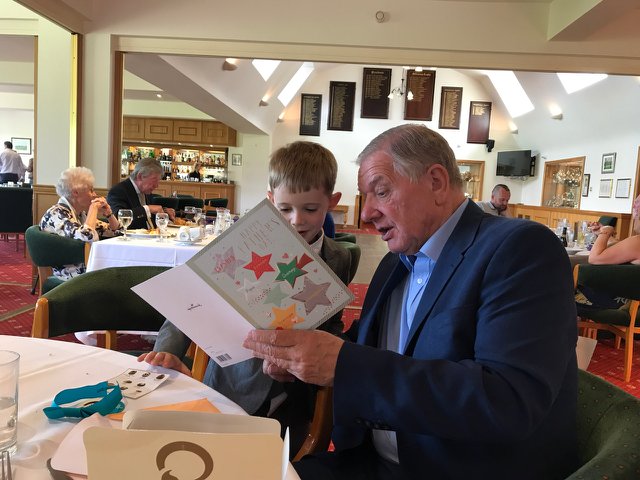 Did we care? Grandson Henry gave me a lovely card which he read to me. He also undid a present which he had bought me. A box of chocolates which, by 4.30 pm, he had eaten. We bought him a magic set which scored high marks.

I talked at length to my son, Chris. His world is ok. His commercial life is prospering: they are paying their bills. My daughter-in-law Samantha is smart – seriously worldly-wise.  She is a highly qualified special needs teacher and now lectures at Birmingham University from where she passed her Honour’s degree.

Henry (aged 6.9) is also seriously bright. He is thinking of getting married. Maya seems the latest choice.

No Moan this week. Just a great Father’s Day.

Hope you enjoyed yours. 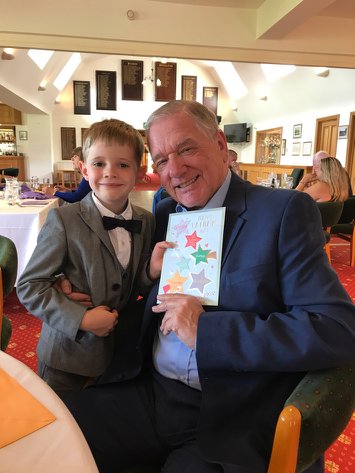