With news that online dating is rising in the over 50s, we take a look at navigating the dating world in later life …

Divorce rates may be on the rise but that doesn’t mean that romance is dead – far from it, in fact. According to research, an increasing number of divorcees are taking their first steps into the world of online dating.  Most are looking to find their next love and many go on to remarry when they find the one. Angelic Diamonds, who create custom wedding rings, have taken an in-depth look at the the dating world for older daters. 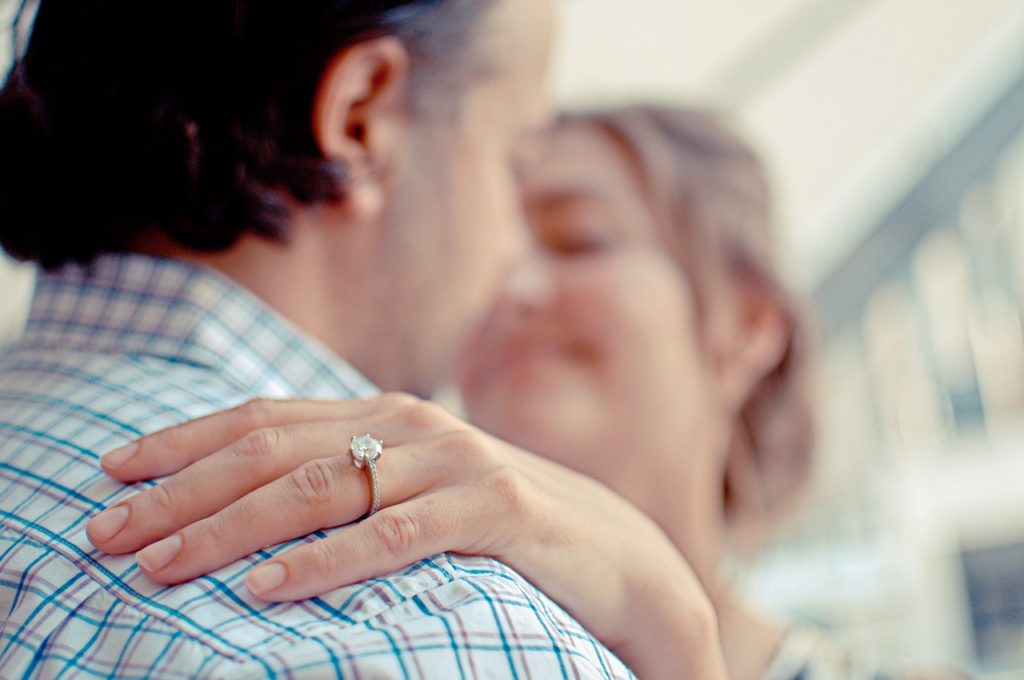 Divorce rates in the UK are on the rise. There were 106, 959 opposite-sex divorces in 2016 — a rise of 5.8% compared with the previous year. In particular, statistics show that the most significant divorce rate increase occurred in couples over the age of 50. The number of men divorcing aged 65 and over went up by 25%.  Whereas women of the same age rose by 38%. But, why do we think this is happening?

As life expectancy is rising, people are living longer, and they have more time to end and form new relationships. It’s possible that, after someone becomes widowed, they still have 10 or 20 years ahead of them.  It’s only natural to want to share this with someone. People aged 65 and over are also more likely than ever to be working. This means that individuals are able to support themselves financially outside of a marriage and have the confidence to petition for divorce.

So, there is life after love. The number of brides and grooms aged 65 and over rose by 46% between 2004 and 2014. Almost all brides and grooms of 65 and over in 2014 were divorced or widowed and were not experiencing their first marriage. This shows that people are willing to move on after one relationship ends, even if it does happen in later years. There are many singles in this age group too. In fact, the number of women in their early fifties who have never married has increased by 150% in 13 years between 2002 and 2015, and in men, increased by 70%.

Of course, there are many middle-aged couples remarrying too, and with access to online dating, finding someone who they’re compatible with has never been so easy.

The World of Online Dating

Online dating now isn’t just for the tech-savvy twenty-something. The median age of the online dater is currently 38.  So it’s clear that mature adults are embracing the trend and jumping on board to finding their special someone. Dating online allows individuals with similar interests, that might not have otherwise crossed paths, to contact each other. 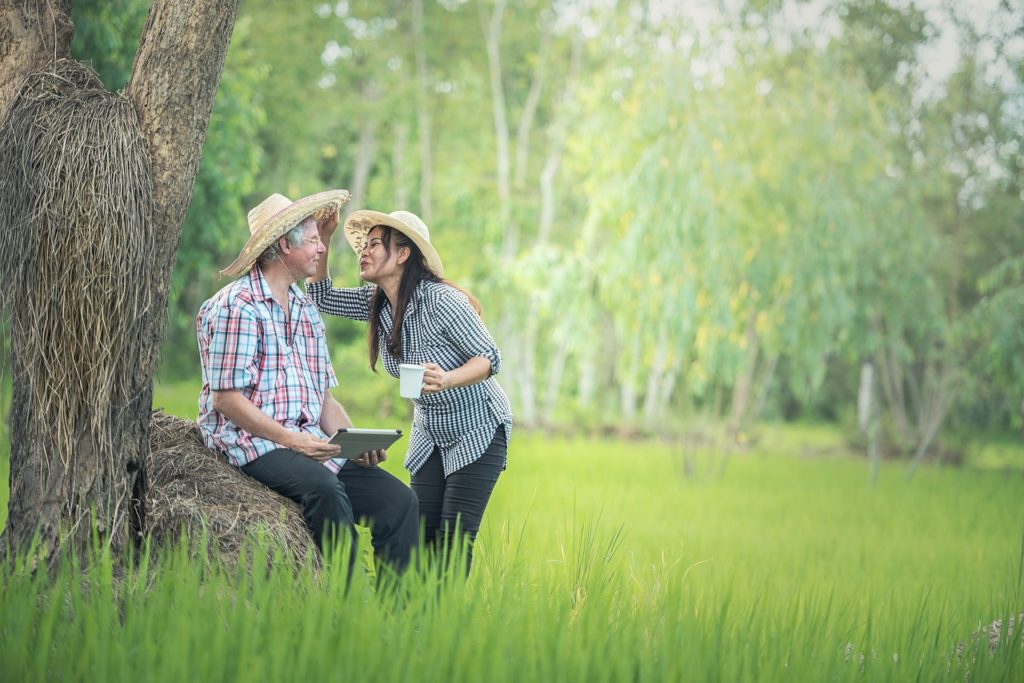 With the rise in smartphone usage, online dating is more accessible than ever through the download of an app. Whilst the search volume for, ‘online dating sites’ dropped by 20% from February 2015 to February 2018, search for ‘dating apps’ rose by almost 50%.

We see online dating as a safe platform with no pressure to meet in real life.  It also allows you to learn more about one another without speaking face-to-face. For someone who may have been married most of their life and is nervous about meeting new people, this is important.  For older individuals, it can be simply about finding companionship that develops into something more. Loneliness can be an issue for many over 65s and online networking can help. In fact, 12% of over 65s said that they had met someone through an online dating website.

As millennials age, it’s easy to predict that the use of online dating in older individuals will rise.  One study by eHarmony predicted that by 2050, predominantly older people will use online dating. They forecast that the median age of an online dater will rise to 47 and 82% of people will find their partner online.

Could it be our changing opinions towards separation that is driving the divorce rate and encouraging a second (or third, or fourth) love? One YouGov study of 2,000 British people discovered that nearly two thirds of people don’t think that there is a stigma attached to ending a marriage. 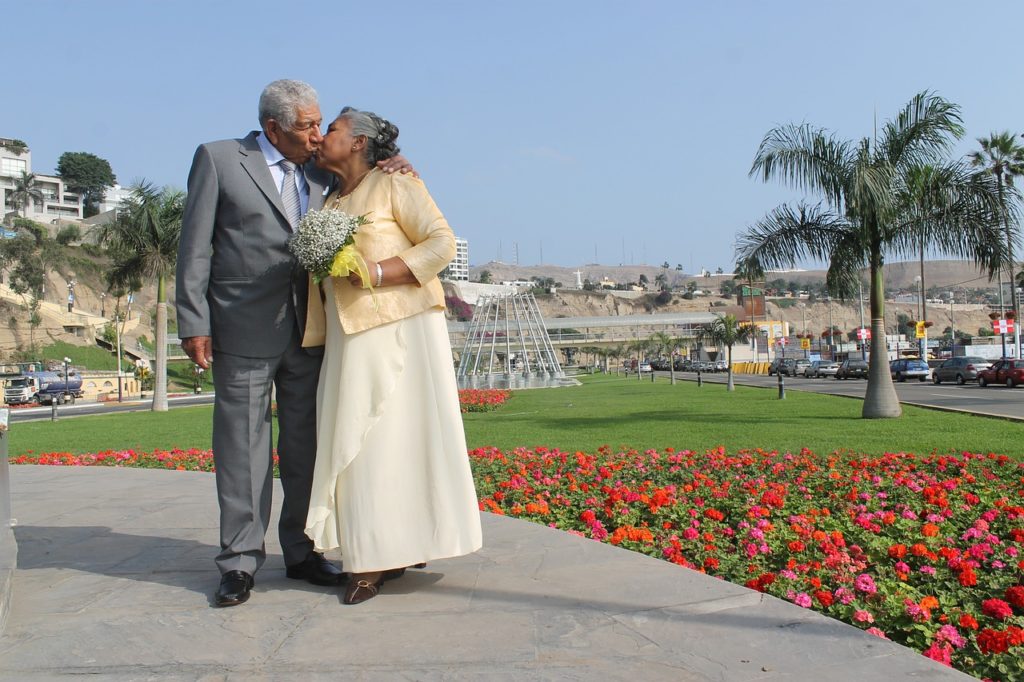 At one-time, religious beliefs were more prevalent and it was frowned upon to divorce and then remarry.  We used to expect people to spend the rest of their lives with those who they tied the knot with. But now, a mere 4% of people surveyed said that they strongly agreed that divorce is a social taboo. Instead, separation is accepted, and it is normal for someone to begin dating again after marriage.

As we can see, it’s never too late for love! Online dating is making it easier for those who have separated to find someone new. And changing attitudes are meaning that more people are accepting of a second love.