Music Therapy can help people with all sorts of brain injuries and conditions. Music is the emergency generator that has the power to reboot the brain following a catastrophic injury head injury, tumour or stroke.

Autobiographical songs or songs with a strong rhythmic pulse such as A Message to You Rudy by The Specials or Walk of Life by Dire Straits played to ABI, stroke or dementia patients have the ability to bypass damaged areas and re-activate nerve cells in the brain to help them to move and communicate.

She, said: “A human being is born with the capacity to express emotions such as distress, anger and pleasure through musical parameters such as volume, dynamic range, pitch and melodic contour. So, in working with people who have lost the ability to communicate we can see that music is an innate way to communicate feelings.

“There is strong neurological evidence that music activates many different areas across the brain. The motor system is very sensitive to picking up cues from the auditory system so when we hear music, particularly pulse or rhythm, it kicks straight into the motor system going around the brain. 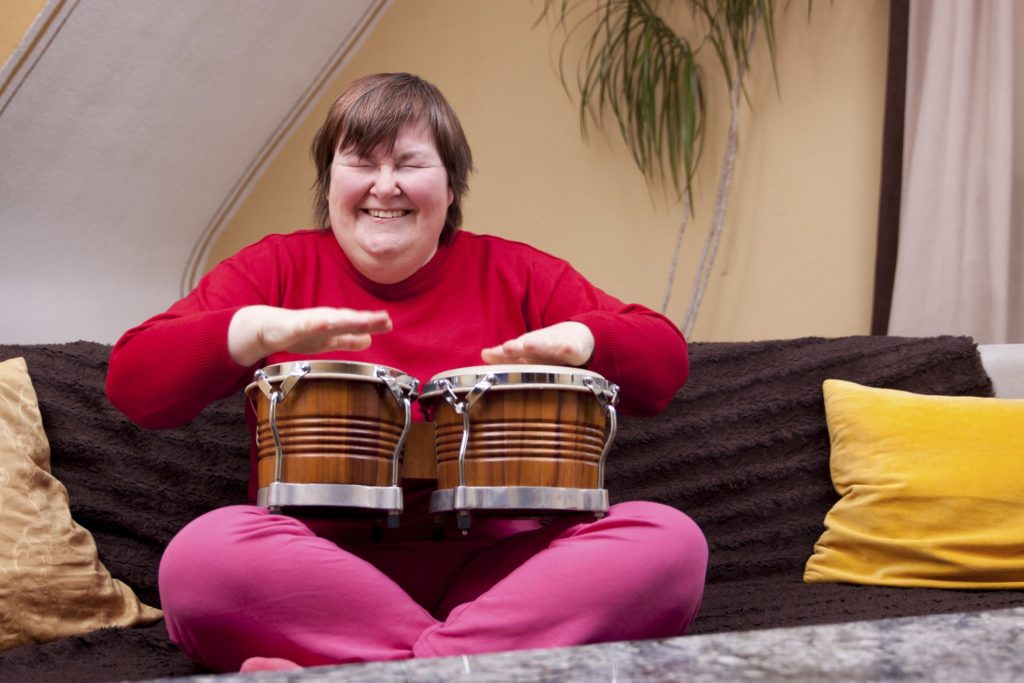 “Music can engage alternative pathways for a specific function, such as language, depending on the size of the lesion or even effect changes to brain structures. Studies have shown that music might excite activity around small lesions to activate function and, with larger lesions, it seems the healthy side of the brain might take on roles and mechanisms the damaged side was previously responsible for.”

Dr Jeanette Tamplin, of the University of Melbourne, has spent 20 years in neuro-rehabilitation  researching the effects of therapeutic choir participation for people living at home with dementia to show the impact of singing familiar songs in a social context.

She says that the brain uses different areas to produce words through singing than the damaged speech and language areas.

“Rhythmic music has an amazing effect on movement coordination. Music can bypass damaged areas in the brain, providing a scaffold to do the part of the work the brain is not doing in coordinating movement. But there is also the basic ‘use it or lose it principle’ and music stimulates movement. When you exercise muscles they get stronger and the more you exercise, the stronger you get. In the gym, you work out longer and harder with music that motivates you.”

Daniel added: “We are currently treating a client who has been diagnosed with Parkinson’s disease about two years ago.  While he listens to the radio, he has never played an instrument or ever experienced arts-based therapy but had heard of neurological music therapy through a family member and felt it would be something to try.

“While he worked with an occupational therapist his condition continued to deteriorate but within a few music therapy sessions, he began to notice improvements in his balance and gait and importantly for him in his confidence.

“The emphatic rhythm and strong melody found in songs like the ‘A Message to You Rudy or Dire Straits’ Walk of Life make them songs ideal in the rehabilitation of speech, language and cognitive functions.”

Chroma is the UK’s leading national provider of arts therapy, using music, drama and visual arts to help people of all ages facing issues ranging from neurological damage such as dementia through to emotional and social problems.  Arts therapy is an official allied health profession and has been practised in the UK for more than 70 years.