Robert Maxwell is the scariest person I have ever met. There are several theories on how he died …

Robert Maxwell was born Jan Ludvik Hock in 1923 in the Ukraine. He later found his way to England where he joined the army taking part in the Normandy landings. The Military Cross was presented to him in 1945 by Field Marshall Montgomery. He became a British citizen in 1946 and was now known as Robert Maxwell. He became owner of the controversial publishing company Pergamon Press. When, as described below, I worked for him, he would take me around London in his maroon Rolls Royce which had the personalised number plate PP 84. From 1964 to 1970 he was Labour MP for Buckingham. 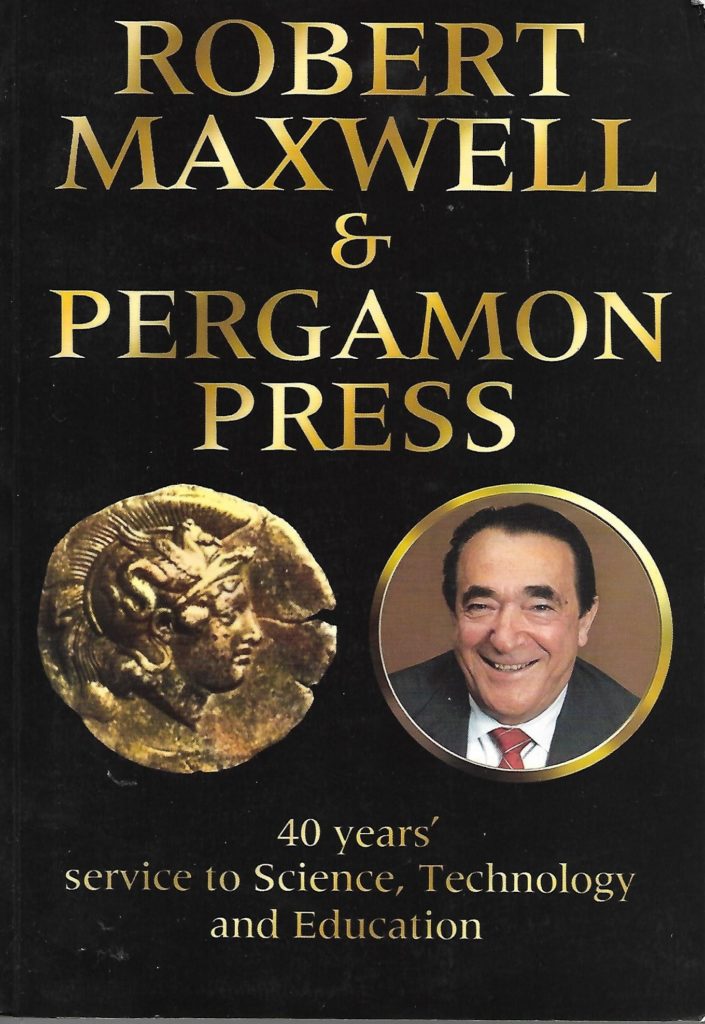 While Mr Maxwell was building his empire and acquiring Waterlow Printers in Dunstable I was working for a Finance House in London. I was building a reputation as a writer contributing to the ‘Journal of the Institute of Bankers’ and to a magazine owned by Maxwell, ‘Bankers’ Magazine’. My speciality was describing a new financial instrument called a lease. I only understood a little about it but found that was more than most other people which made me an expert. The bankers were so impressed they made me a Fellow as shown in the certificate in my study. 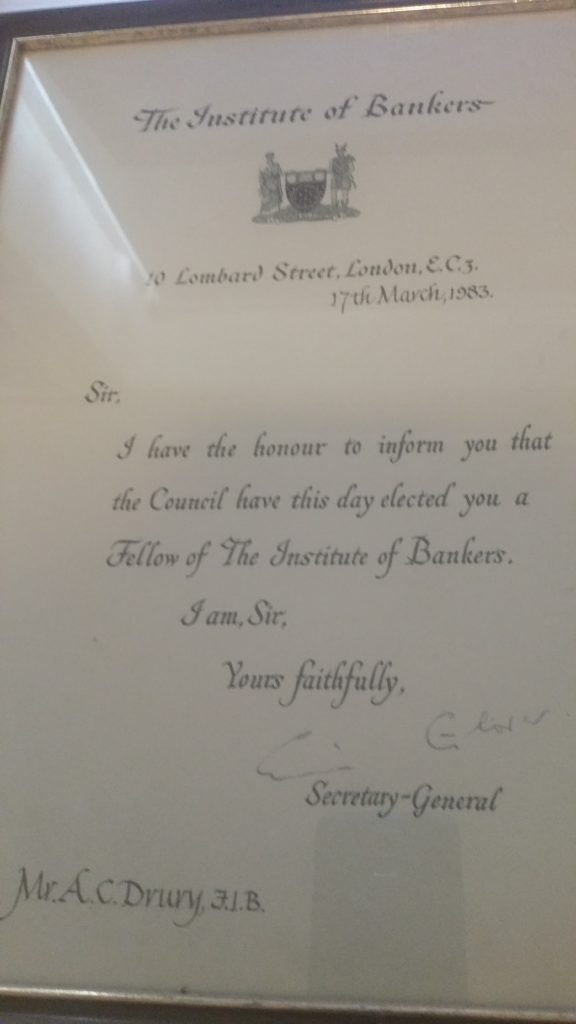 I was approached by Waterlow Publishers, also owned by Maxwell, to write a book on Finance Houses. This was published a year later. Meantime Maxwell had managed to persuade The Institute of Bankers to merge their journal with his magazine and renamed it ‘Banking World’. It was a brilliant deal (for Maxwell). I was invited to the launch party with the good and the great of the Banking fraternity.

At one point I noticed that the host was standing in the middle of the room. I drank a glass of wine and approached him. “Mr Maxwell,” I stammered. “You don’t know me but you published my book and I would like to thank you.” He stared at me. “Mr Drury,” he said, “I do know who you are. Come and see me.”

I need to explain two things at this juncture. Maxwell was huge. Six foot, two inches (in the 1980s, quite tall) and around twenty stone in weight. Secondly, as I was to discover, he had three secretaries, two in Maxwell House, in Finsbury Square, in London and one at Headington Hall in Oxford, his home and original base. 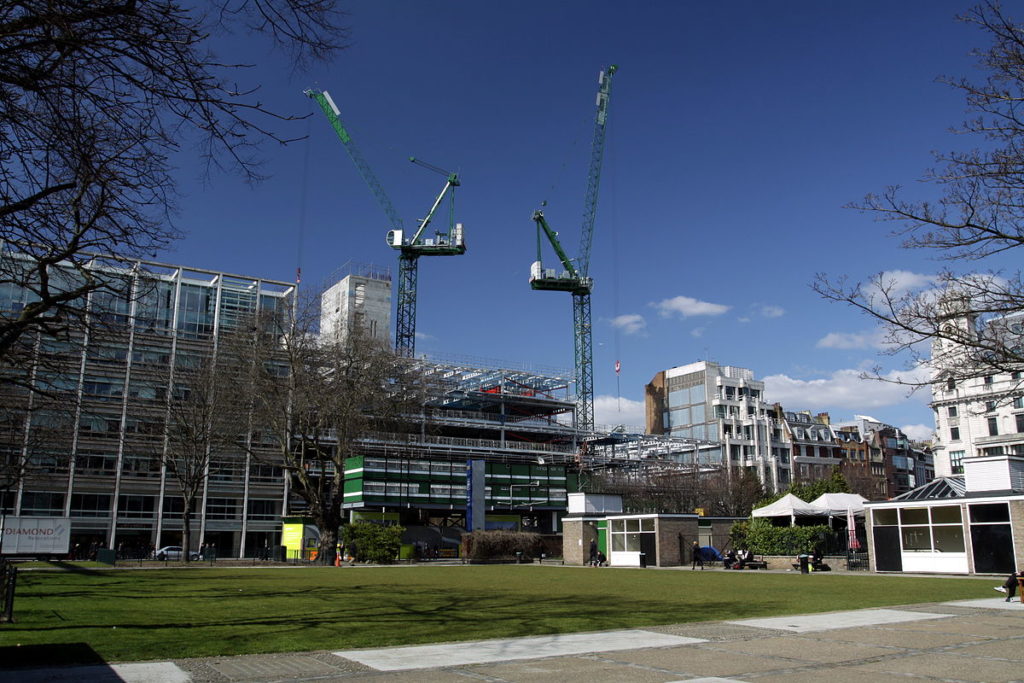 I managed to book into his diary and duly arrived at 6.30pm on the Thursday evening. His secretary called me in to his office at 8.00pm.
“Mr Drury,” he yelled, “what do want?”
“Chairman,” I cried, “I want to be the editor of ‘Banking World’.”
“I’ve just appointed one,” he said. “How would you like to be managing director of Waterlow Publishers. Do you want to think about it?”
“I’ve thought about it, Chairman,” I cried. “I accept.”

Now for the clever bit. He doubled my salary. I was earning around £14,000pa at the Finance House and he paid me £24,000pa. And what did that do? It made me totally captive. The truth emerged on day one in Maxwell House when he called me into his office and shouted at me for about half an hour. After a month I became use to the ritual and worried if he missed me out.

On my third day I was in my office and there a knock on the door. In entered Andy as I was to learn. He laughed at me. “I run the book,” he said. “you are three to one against lasting a month.” I smiled. “Not me, Andy.” I responded. “I’ve been specially appointed by Mr Maxwell.” He chuckled. “That’s what they all say.” I bet £5 on myself and won as I survived a lot longer. 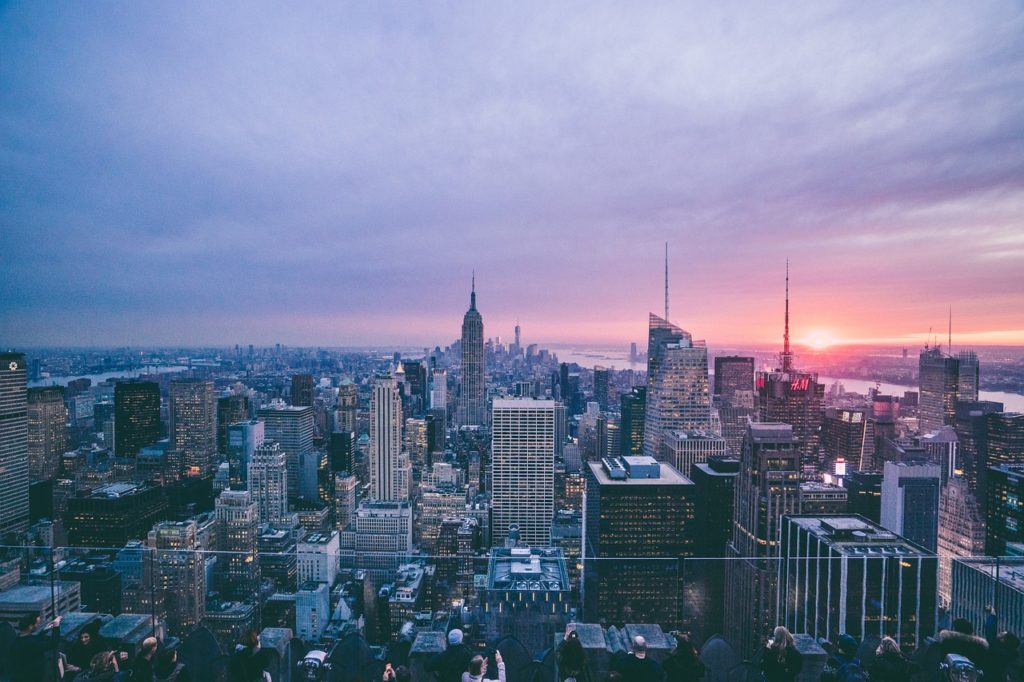 Waterlow Publishers had a staff of about one hundred and twenty gifted people and was a great company. One day I was walking around the desks with a manager and he pointed at a woman, head down, clearly working on a document. “Do you know who that is?” he asked. I said I had no idea. “Captain Bob’s daughter, Ghislaine.” He paused. “She’s just down from Oxbridge and she’s learning the editor’s role.” We shook hands and I received an incredible smile. Her future life as a New York socialite will be revealed in next week’s Moan. 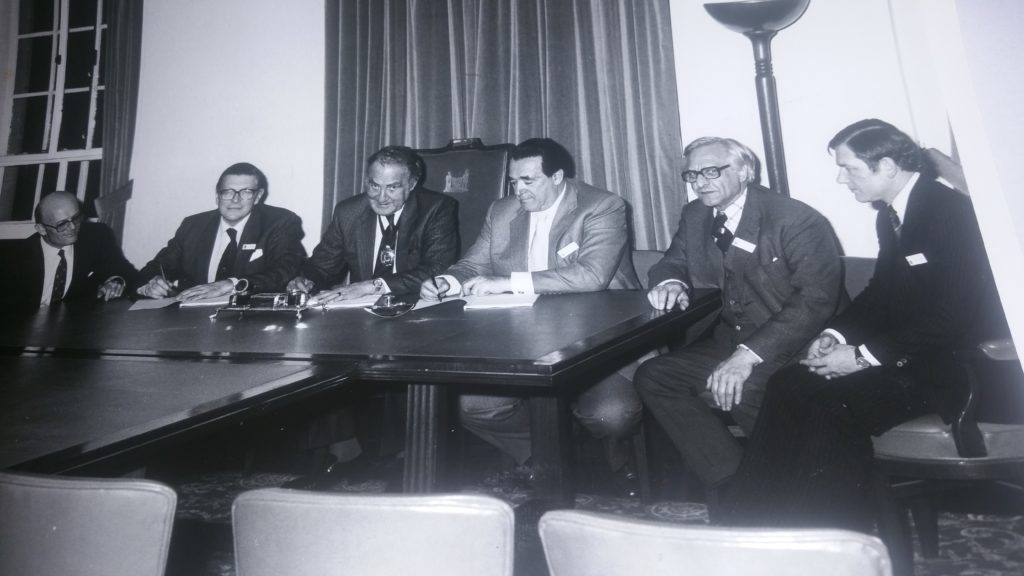 Before ending Part One of Mr Moan’s exposure of Robert Maxwell, I want to make the point that I know of a number of people in the Bedfordshire area whose lives were blighted by the raiding of company pension monies by Maxwell. Their retirement years were badly affected by the worry as his embezzlement became clear and their payments were reduced. 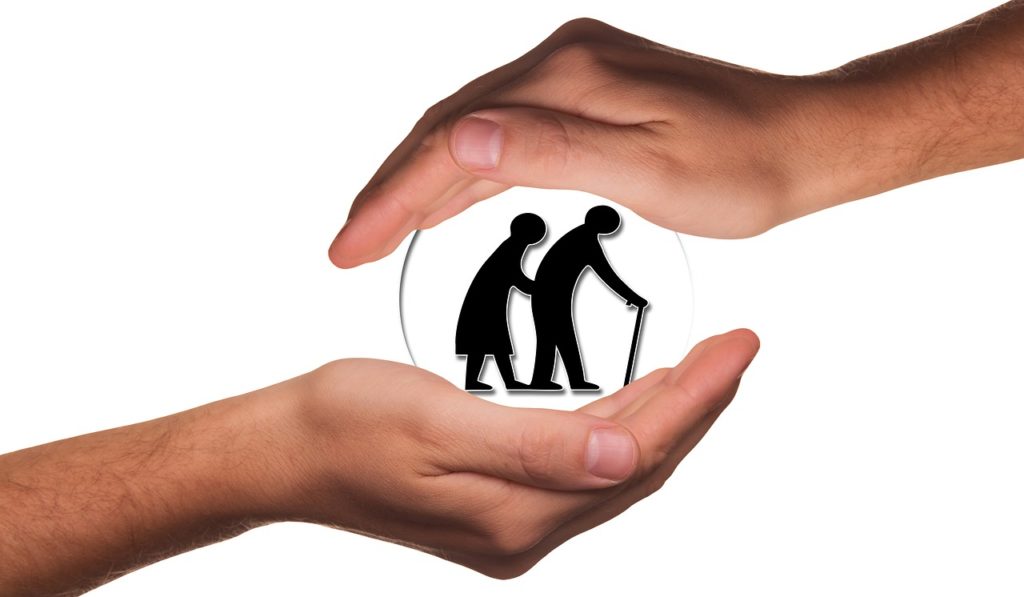 No-one knew about this when I worked for him. It was only later that it became clear he was immoral, a cheat and inhumane.

Next week, in Part Two of Mr Moan’s story of Captain Bob, I will reveal what Ghislaine Maxwell and Prince Andrew concocted together in New York, my final days with Waterlow Publishers, how a Middlesex cricketer saved my redundancy money and the inside story on how Robert Maxwell died.

I'm Kathryn, aka Mrs C. I'm an empty-nester with a passion for reading and travelling. Biggest headaches in my 50s? Chronic Pain, high prescription multifocal contacts, varifocal glasses and a left ear which has become less efficient with time. Best thing about being older is without doubt my 3 gorgeous grandchildren.