I’m an optimist.  For me the glass isn’t half full. It’s two thirds full.

I believe that because it’s true. It’s my reaction to the miserablist media who try to brainwash us into believing the world is going to hell in a handcart. It’s fake news. Totally untrue. But cynicism and gloom sells newspapers.

So when I say that the launch of a new website like MrandMrs50plus is good news, I’m being rational, not hopeful, or Panglossian.  I’m not cheerleading for the founders, I’m just speaking what I believe is a self-evident truth.

One is that it starts to resolve the crying need for Identity. It shows that the 50 plus lifestage is now becoming distinct in its own right, and important.

Twenty or thirty years ago most people slid from a permanent job into retirement, and no attention was paid to them as a distinct group of people with distinct needs. Apart from awarding them a bus pass.

There was advice (and books) on childbirth, bringing up children, tending the garden or even dealing with dying. But nothing on lifestages like being in your fifties, sixties, seventies and beyond. Saga was OK, but it seemed to deal with an adland version of old age. White teeth, white hair, white beaches and smiling faces.

Partly of course, this was down to the fact that back then, people didn’t live very long lives in rude health. Indeed, many croaked within seven years of retirement. Not only was life expectancy shorter, the quality of that life, apart than for the wealthy minority, could be pretty dismal too.

We are lucky today, because we not only live longer, we live those years in better health. We have more energy, are fitter, and live life as people of ten or twenty years younger would have done in previous generations.

The need for a new identity is highlighted by the fact that retirement is beginning to dissolve as a concept. There is no longer a distinct divide between working and retiring. The economic landscape is changing, and austerity is biting. It is estimated that 1 million Brits between 50 and 64 are “involuntarily workless”.

And it’ll get worse. The move from final salary pensions to Direct Contribution pensions will become a game changer too.  At today’s low interest rates, £100.000 will buy you a pension of about £4-5,000 a year.

And the reasonably affluent too are returning to the work force because they either need extra money, or they find retirement boring and unchallenging.  The number of people working past 65 has doubled since 2000. And 25% of people have unretired.

The Search for a New Identity

So the search is on for a new identity – a fresh and descriptive label like Baby Boomers – for people aged 50+. But because the whole age group is changing and evolving so rapidly that there is unlikely to be a catch-all description that pidgeon-holes the generation any time soon.

Being an optimist – and therefore up for it, I had a go myself. The title of my recent book is Generation Cherry.

What on earth is Generation Cherry, you might ask? Well I belong to it, and so do some of the people reading this blog.

We had a cherry on everything.

We had free university education. We could choose our jobs. The jobs had final salary pensions. Most of us could afford to buy a house (rather than the flats our children struggle to find or finance).

But for a lot of us, the cherry has shrivelled.

If we have a pension, it’s often less than we thought. And if we don’t, it’s tougher still. Either way things get tighter every day. Jobs are disappearing, and increasingly hard to find. Especially if you’re over fifty.

Am I being miserablist? Not really. The book is about how to get a second bite of the cherry. And it can be a very succulent cherry. And there are powerful strategies to give you your second bite.

But the problem of label remains. Generation Cherry defines who we are in a backward-looking way. It defines where we came from, not who we are now.

I suspect that the evolution of our lifestage is still so dynamic that an accurate definition may have to wait till we can look back in future years to see how we evolved.

The second reason that MrandMrs50plus is good news is that it could play an important role in the development of a sense of Community for our cohort.

Community is about involvement, positivity, social interaction. It’s a sense of belonging to a club – group of friends, and potential friends. It’s about connections. But importantly connections that involve giving as well as taking. Because that’s how communities work. If there’s no reciprocation, there’s no real connection.

There are existing online communities, of course, like  Gransnet, or its younger sibling Mumsnet

They are great, but many of us don’t want to be identified by our roles within families. We want a wider definition of ourselves – our interests, our leisure activities.

The good news is that we are developing as a society to be more open to helping each other. And, importantly, to recognise that we can all do with some help.

We now understand that we have a common interest is finding excitement, meaning , and engagement for the next ten, twenty or forty years.

So a big welcome to MrandMrs50Plus!

My next blog will look more single-mindedly on the bright side.  It will start to put together some strategies to get a second bite of what could be once more a very juicy cherry. 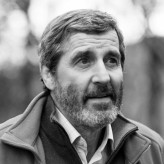