Trying to juggle a bladder that only holds a teaspoonful with sprog’s tantrums and ‘im indoors pacing and muttering some incomprehensible gibberish about cheese and wine really takes it out of you.  He’s been like a bear with a sore backside for the last week or so and he can be so vague when I ask him what’s going on.  I never know whether he’s telling the truth or not.  He just seems to say what he thinks I want to know.

This whole Covid thing is a real handful mind you.  He has to tell the great unwashed what they need to do about it all. But trying to fit questions in between all those soireés is a challenge to say the least.  Nobody wants to stand in for him these days either!  Back when Matt was around it was much easier because he always did as he was told.  Now they all skedaddle before he gets a chance to delegate.  It’s really not fair, is it!

I don’t know what all this fuss about hospitals is about anyway.  As his big red bus displayed a few years back, there’s now an extra £350 million a week going into the NHS since he managed to persuade the masses that we’re better off using all that Europe money on our hospitals instead.  We don’t even have to pay all those Italian and Spanish nurses any more. We can ship some extra cheaper ones in from India instead. Winner winner, chicken dinner! We’re truly ‘global’ now, aren’t we.

He didn’t need to think about very much back when old Dom was in the office.  He really doesn’t do ‘thinking’ very well.  Now he has to make decisions himself here and there.  It’s so hard for him!  He gets a lot of motivation from Peppa Pig though.  I tell you what; they’re a savvy bunch.  They’re also global.  They’ve got their own ‘World’, which Covid doesn’t seem to have affected.  True leaders!  He tries telling our own UK business leaders about it and yet they’re not impressed.  I reckon they could all learn a thing or two from Peppa & family.

Gonna have to take a break here.  I’ve got some horrendous pains down there. I hope it’s not happening already.  Mind you, it’ll keep his mind occupied if it is. He could do with some sort of a distraction! 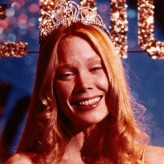 A busy Mum living in Westminster, navigating the ups and downs of parenthood whilst looking after a needy husband.